Grid Girls Will Return For The Singapore Grand Prix This Weekend

The grid girl debate, much like the halo debate, fizzled out of the limelight as soon as the racing started, but this could re-emerge as a talking point this weekend as grid girls are back for the Singapore GP.
The move has been made by Singapore Airlines, the main sponsor of the race. A spokesperson said,

The decision plays on the concept of the “Singapore girl”, a longstanding visual advertisement strategy employed by Singapore Airlines to sell flights.

Dean Shams, a public relationship expert, contrasts the concept of a ‘Singapore Girl’ against a traditional grid girl by saying,

“Liberty Media sees the grid girl as a form of sexism since they typically exude a sexual persona with their scantily clad outfits. Rightfully, they want to be seen as a progressive brand.

SIA, and Singapore, on the other hand, see Singapore Girls as a local icon. In that respect, they seem like a good fit to represent Singapore’s brand of uniqueness and hospitality.”

It seems that Liberty is willing to let this slide given that it is the main sponsor of the Singapore GP. It’s not the first time a promoter has ignored the directive this year either – Monaco continued to use grid girls, and it’s expected they’ll be present at the Russian GP, too. 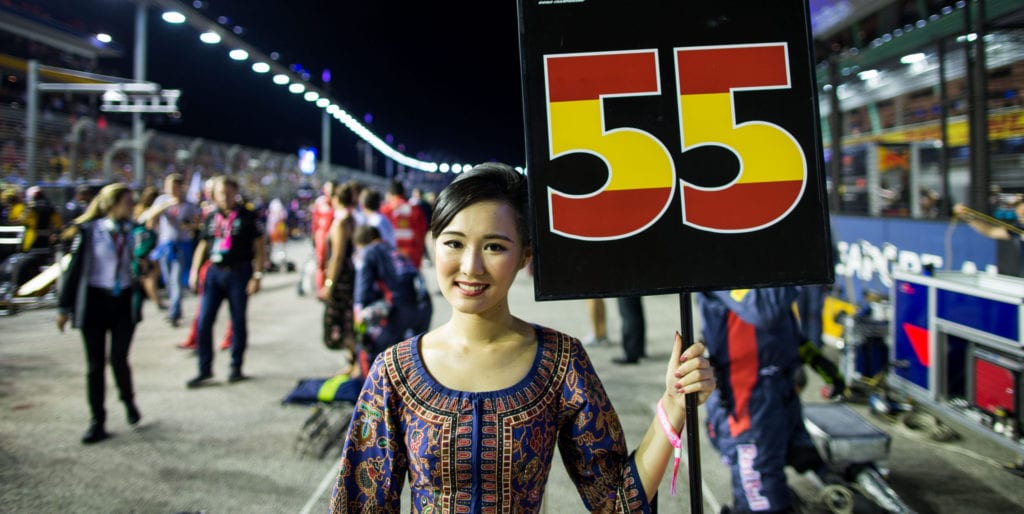