It’s called the American dream because you’ve got to be asleep to believe it. Haas driver Romain Grosjean might as well have been in the land of nod when he buried the nose of his Haas into the back of Sauber’s Charles Leclerc in the opening lap. Grosjean retired on the spot, whilst Leclerc continued for a bit longer before having to retire his own car due to damage sustained in the incident.

Grosjean went into the race having done a much better qualifying than his teammate, he started 8th and was poised for a respectable points haul on Haas home soil. Stewards deemed the French driver to be at fault, and as a result, he has been awarded another penalty point on his license and also a three-place grid drop for the Mexican Grand Prix.

It takes Grosjean’s penalty points tally to 10, with 12 points over 12 months resulting in a race ban. His first current penalty point expires the day after the Mexican Grand Prix, meaning that if he were to mess up next weekend, he could be banned from the following race in Brazil.
After the incident, Grosjean told reporters that,

“I had a decent start. There was a lot of action going on. I was fighting with Charles and Esteban. I got to turn 12 and I braked early because I was behind them.

I didn’t want to take much risk, but I ended up in the dirty air and I couldn’t stop the car. I tried to avoid the contact as much as I could, but Charles was trying to get a good exit and I hit him. I feel sorry for Charles and I’m frustrated for the team.

This being our home race, we wanted to do well. It’s not been a great afternoon.”

Any hopes of Haas salvaging at least some sort of result was confounded by Magnussen’s disqualification for breaching the technical directive regarding fuel flow limits. The car clearly had the pace beneath it to score double points in Austin, but small errors have cost the team yet again.
Grosjean will be disappointed, he started to look like he’d emerged from his earlier slump with some strong pace, this collision was definitely defined by his mistake though. He can only hope for a smoother time in Mexico, a race ban is the last thing he needs as the team try to put pressure on Renault in the closing stages of this season. 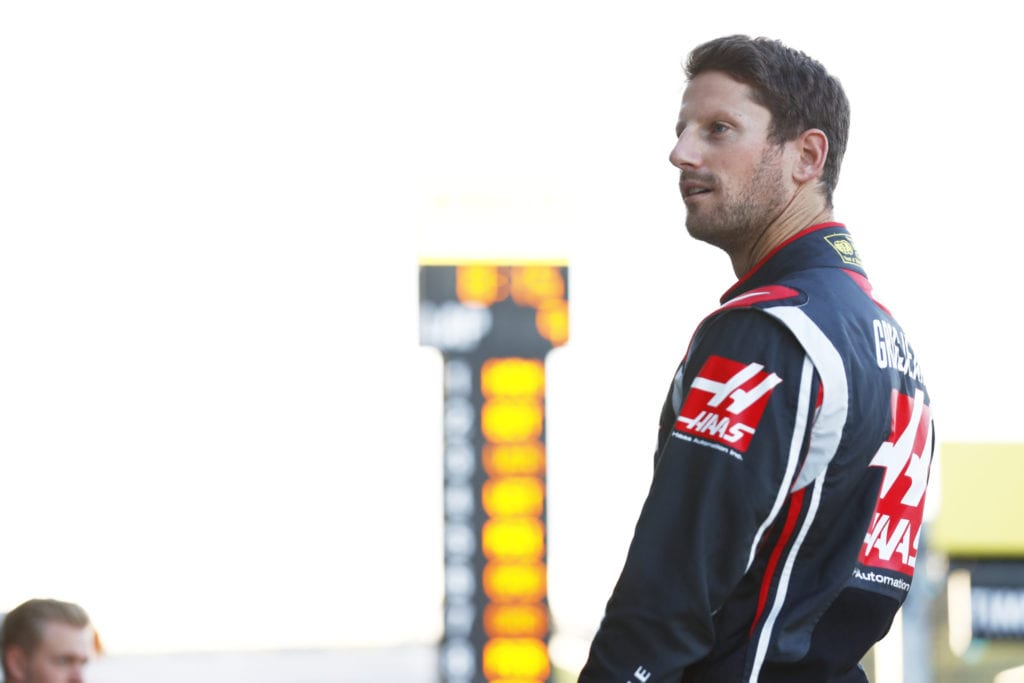