Romain Grosjean Thought He Broke His Finger During The Eifel GP

He managed to score his first points of the 2020 season but it wasn’t without drama as the Haas driver believed he broke his finger during the early stages of the race.

It’s been a tough season for Haas and both their drivers, so it was great to see Romain Grosjean finally score some championship points.

However, early on in the race, there was doubt as to whether he would be able to continue racing as a rogue piece of gravel hit his finger at high speed.

The moment of impact 💥

Despite some discomfort after gravel struck his hand on Lap 2, @RGrosjean brought it home in the points 🙌#EifelGP 🇩🇪 #F1 pic.twitter.com/bngdN3J1LB

“I got hit badly by some gravel from Kimi [Räikkönen] and it is f*****g hurting my finger,” Grosjean announced on team radio during the Grand Prix.

The team were quick to respond, asking if he was alright to which Grosjean replied, “I don’t know. I hope it is not broken. I can’t use my left index basically.”

Although it was confirmed after the race that luckily his finger was not broken, just badly bruised on the knuckle, Grosjean explained how he was forced to drive with a straight index finger for the first few laps of the race around the Nürburgring.

“I thought it was broken, initially. It’s a big bruise just on the knuckle but I think it’s okay but for a few laps I was driving with a straight index finger,” he told F1.

“It happens. I was understeering and Räikkönen went into the gravel and just hit me, I guess, in the wrong place and as I say it was quite painful.”

Racing with an injury makes Grosjean’s points haul all the more impressive. He found himself in last place during the first lap but made up positions, before a decision was made to stay out during the race’s safety car period.

He finished the race in 9th, and finally managed to add some championship points to his name for this season. 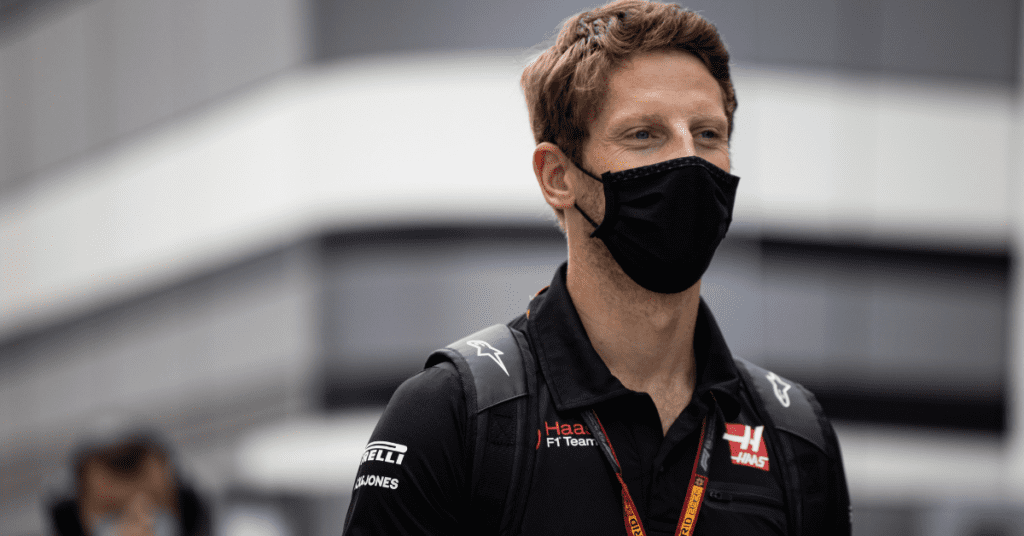