Grosjean Has Been Given A Three-Place Grid Penalty – WTF1
Skip to content
×
Formula 1 , News

Grosjean Has Been Given A Three-Place Grid Penalty

Early on in Q1, Norris was on a lap when he came across a dawdling Grosjean at the final corner. The closing speed was pretty immense (a difference of 136kmh, according to the stewards) and although an incident was avoided, it clearly cost the McLaren driver some serious time.

It was about as obvious a block as you can get in qualifying and as a result, Grosjean has been given a three-place penalty. That drops him from eighth on the grid to 11th, with Kimi Raikkonen, Norris himself, and Daniel Ricciardo each going up a position.

On top of the grid penalty, the stewards’ also gave him a penalty point on his licence (leaving him just four shy of a race ban) and said that even though they could see it wasn’t intentional, “it is the driver’s responsibility to be aware, when travelling abnormally slowly, that faster cars may be approaching.”

It’s not great considering that Grosjean had already had a slightly underwhelming session, ending up being easily beaten by teammate Kevin Magnussen (who was admittedly on fire) and unless Grosjean makes an absolutely rapid start, it’s likely to compromise his race. After his wheel literally came off in Australia, Grosjean can’t afford for the wheels to figuratively come off this early in the year, as happened last season… 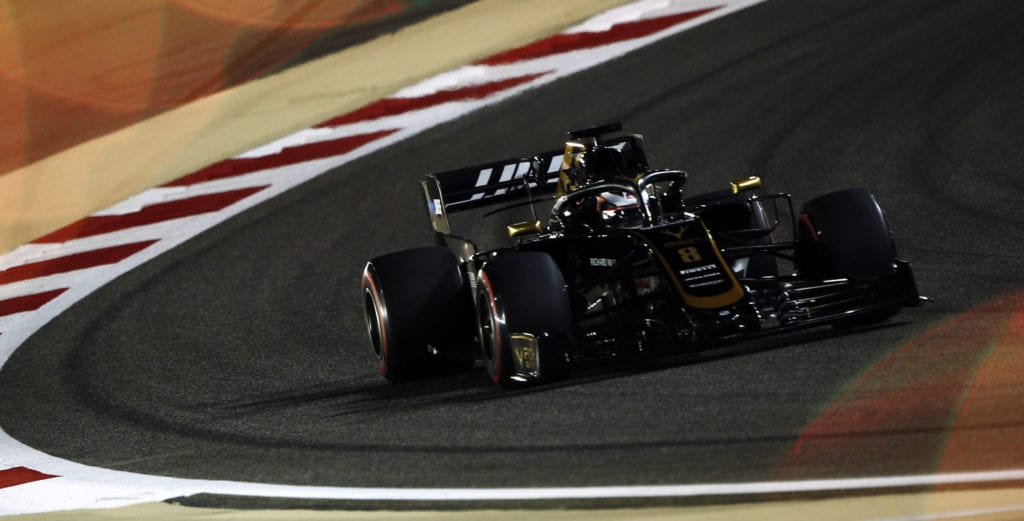