Grosjean Has Said That He’d Like To Race At Le Mans This Year – WTF1
Skip to content
×
Endurance , Formula 1 , News

Nico Hulkenberg’s 2015 Le Mans victory and, more recently, Fernando Alonso’s determination to race in everything seems to have opened the floodgates for F1 drivers looking to do a few ‘extra-curricular’ activities. Now Romain Grosjean is looking at some other racing opportunities and has admitted that he’s looking at the possibility of joining Alonso and competing at Le Mans this year. He told RACER:

“Le Mans 24 Hours is one that I’m looking at. If there’s a great opportunity I may just jump in [this year]. It would be five weekends in a row or something like that, but I’ve got to train for a triathlon first. I’m trying to do a first triathlon this year, so I have a deal with my wife who says if I go and do another race I have to drop that one! I’d pick Le Mans.

“I haven’t even asked the team. If there’s an opportunity I will ask the team for sure and we’ll see what we can do. If they don’t want me to race, fine, I can fully understand. There are already a lot of races.”

There are plenty of seats still up for grabs in LMP1 so there seems like a good chance it could happen. Grosjean has actually already competed at Le Mans – back in 2010, he drove a Ford GT in the GT1 category, though he retired at just over half distance.

Grosjean’s eyes aren’t just set on Le Mans though. Through Haas, he has a connection to the Stewart-Haas Nascar team and it’s a series he’s dead keen on trying out in the future, as long as it’s on a road course.

“I would love to try Nascar but it’s difficult because of the skill and I need to test the car – I can’t go to a race and think, ‘Oh, I’ll be all right, it’s Nascar.’ It’s a bit complicated. So we’ll see what the future holds.

“I said I don’t want to do any ovals because I don’t feel comfortable, it’s something very different from everything I know. So there’s only two road races – Watkins Glen and Sonoma – and it just makes things difficult. It would probably have to be a request from the team and then I would be super happy to do it.”

Romain also said he’d like to try World Rallycross, as well as go back and compete in the Andros Trophy ice racing series, something he’s competed in (and won in) as recently as 2016.

It’s great to see all these F1 drivers thinking about spreading their wings and trying other disciplines, even as the F1 calendar threatens to swell to even more races. Grosjean at Le Mans? Bring it on! But what’s next? Carlos Sainz in the WRC? Lewis Hamilton in MotoGP? Marcus Ericsson in the points?! 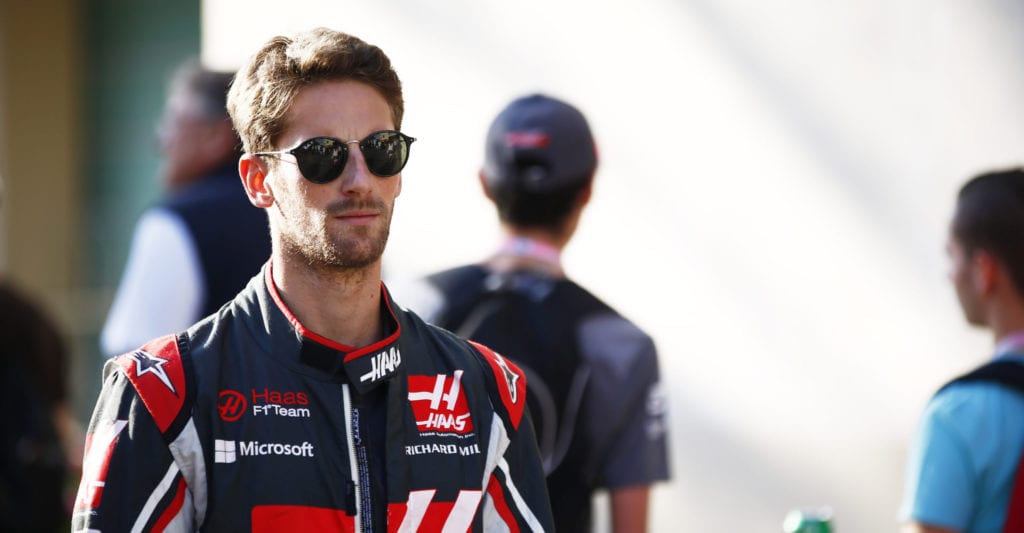