While some of his fellow drivers opted to go bowling or play Fifa against each other, Grosjean has gone down a slightly more creative route.

He knew there was a high probability of Saturday being a quiet day due to Typhoon Hagibis so he went out to a local toy shop and bought some glue and a 1:20-scale plastic model kit of one of F1’s most recognisable and legendary cars – the six-wheeled 1977 Tyrrell P34.

Grosjean stayed true to his word and has spent his day putting the model together, posting updates on Twitter.

He managed to get it finished, too – and what a fine job he appears to have done!

He even got an invite from 1979 World Champion Jody Scheckter (who raced the 1976 version of the car) to go and take a look at the real thing:

If you want to come see the original Tyrrell 6 wheeler to compare to yours, I’ve got it here on the farm!

All in all, Ro-Gro has had a very productive day. It’s kinda frustrating though – I’ve had a Tamiya Ferrari 640 on the go for over two years which is still far from finished, yet he’s whipped that up in a day.

Then again, that probably just shows the difference between someone with the focus and determination of a professional racing driver and someone who’s… well, me. I’ll just go with the excuse that I have to paint mine and Grosjean doesn’t… 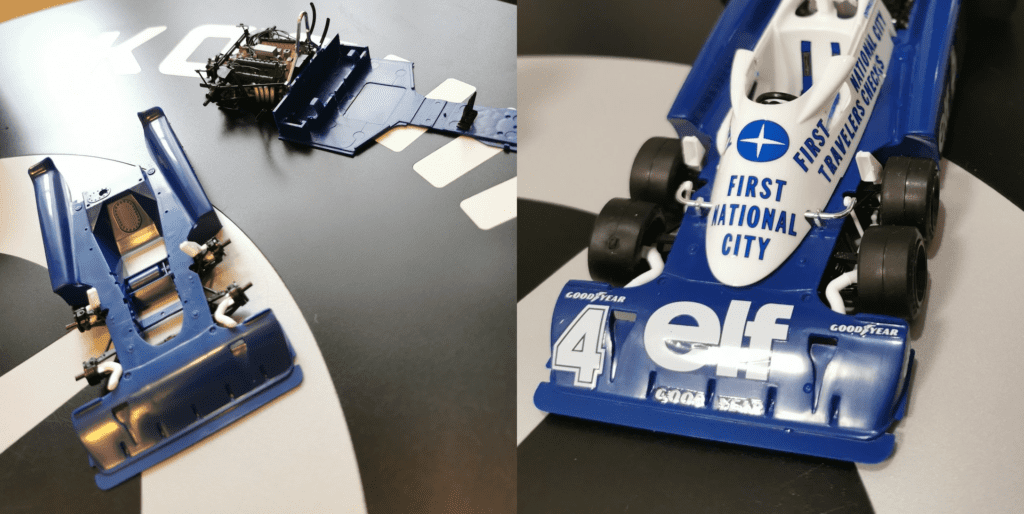