Grosjean Is Angry That Monza Qualifying Started Because He Thinks It Was Too Dangerous – WTF1
Skip to content
×
Formula 1 , News

GPDA director Romain Grosjean is against the introduction of the Halo device, but even he draws the line at safety when it comes to qualifying for this year’s Italian Grand Prix.

The session began on time in incredibly wet conditions, but Grosjean got caught out on the pit straight when his car aquaplaned into the barriers, putting him out of the session.

We heard some pretty angry team radio from him at the time, and even once he stepped out of the car it’s fair to say that he’s not happy. At all.

Speaking to NBC, he said:

“I’m going to try to be calm, and not say anything I may regret, but I think we shouldn’t have launched quali. From the out-lap onwards, I complained a lot saying that it was too dangerous, we couldn’t see where we were. I don’t think I was the only one.

“Clearly, crashing in a straight line shows that the car cannot take it. There was too much water. I’m disappointed that we started qualy in those conditions, what can you do? You cannot back off, if there’s someone behind you he’s straight in the back of you. You don’t know what’s in front. We should have waited.”

According to Grosjean the biggest problem however is with the standing water, which causes the cars to aquaplane and is pretty much impossible to predict or control. It’s a bigger problem this season too, thanks to the wider tyres of the 2017 cars.

“We know we have more aquaplaning on these tyres, it was fine most of the track, just the straight line, brand new tarmac, not clearing the water. It was just too dangerous.

“I think when the FIA brings the safety, to slow down a lot under double waved flags, the Halo is coming in… But launching a qualy which shouldn’t have taken place, or at least after the out lap didn’t seem that it was possible to run, I believe that decision should’ve been made a bit more differently.”

Grosjean is obviously especially unhappy because whatever happens he’s now out of qualifying and will have to start near the back.

Should qualifying have started or do you think conditions are fine? Let us know your thoughts in the comments. 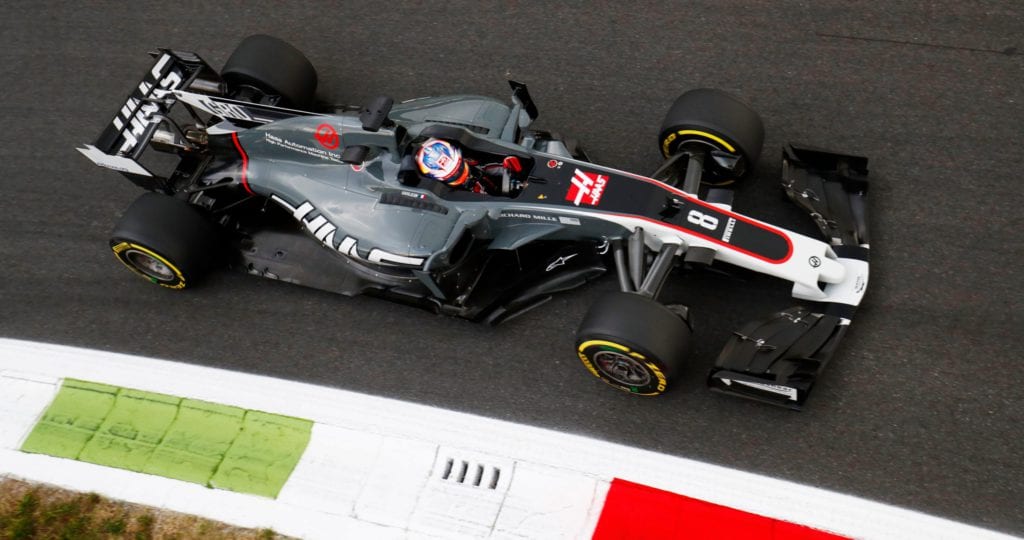