The FIA is toying with the idea that when a red flag appears mid-race, cars will line up on the grid and restart the race from a static position. It will be like having another race start in the middle of a grand prix. Teams will have the opportunity to put on fresh tyres in this situation, but in cases where there is no fresh rubber available, (say at a very late phase in the race) then the drivers must try and get off the line with worn tyres.

Haas driver Romain Grosjean was lining up his car on the grid with some others in Wednesday’s test session as he went through some practice race starts. What he experienced on worn tyres has convinced the Frenchman, who is also a director of the Grand Prix Drivers Association, that the potential new ‘static restart rule’ after a red flag will present some danger and could lead to chaos.

I was one of the first cars to come on the grid, so I stayed there with Bottas a long time. When we restarted it is like it is raining (and we are) on slicks. Every time you upshift the rear wheelspins, every time you downshift the rear locks.

Luckily for Grosjean this regulation shift isn’t yet set in stone and could be revisited before the season opener in Melbourne later this month. Would race restarts be a good idea mid-race even without the issues raised by degraded tyres? Imagine if a driver strategically works his way up the field, undercuts a few rivals in the pit-stop window, and then this is all undone because of a slow getaway on a lap 55 race restart?

It seems like an idea put in place to engineer a bit more excitement and would add another element of uncertainty to a grand prix, but it could just end up being labelled as an inorganic means of creating a spectacle. Should F1 go in this direction? Let us know what you think in the comments. 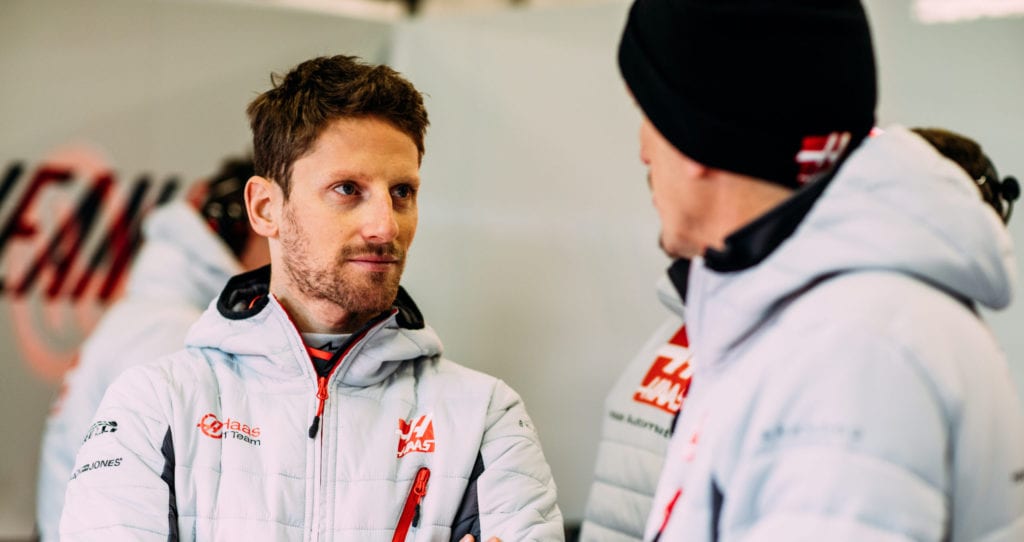