He won’t be racing at the Abu Dhabi Grand Prix, which would have been his final race in F1, but Romain Grosjean has revealed his wholesome helmet design he had planned to race with which was designed by his kids.

Created prior to his Bahrain Grand Prix crash, Grosjean said in an emotional social media post it “is the most beautiful helmet I could ever imagine.”

Due to his injuries sustained in the crash, Grosjean announced he would not be able to race in Abu Dhabi but insisted he would find another racing opportunity to use the helmet as it was too pretty to just be a display item.

“It was created by Sacha, Simon & Camille for my last race in Abu Dhabi.

“I will try to give it a ride in the future as it’s far too beautiful to stay at home unused!”

The design features several F1 cars, a man with a chequered flag and their family cat, Petrus. 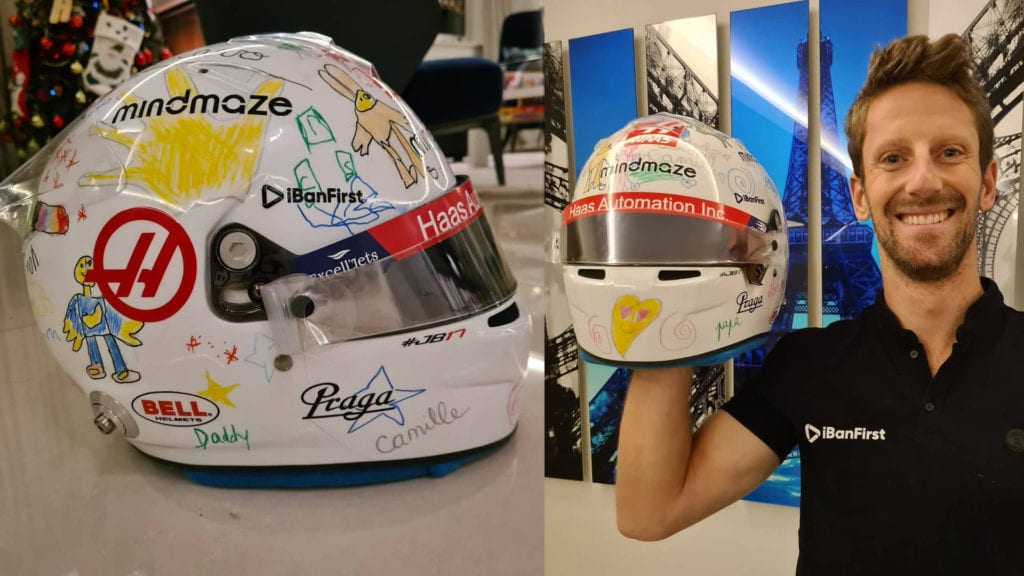