Grosjean Says His Aggressive Defending Was Inspired By Verstappen

Grosjean and Haas went for an unusual strategy in the British GP, deciding not to pit under the safety car. The result is that Grosjean ran as high as fifth for a while and, despite Haas not having the quickest car this year, he was able to stay there for quite a while. As a strategy it might have worked out, too – but for a small problem during his pit stop, the team reckon he would have picked up a point. Instead, he finished down in 16th.

However, his drive was perhaps slightly overshadowed by the way he aggressively defended his position against Carlos Sainz and Daniel Ricciardo. Grosjean was shown the black and white driving standards flag for his swipe on Sainz, and then summoned to the stewards after the race when he did a similar thing to Ricciardo.

He wasn’t penalised, however, and afterwards admitted that he’d been aggressive, but fair – and that he was following the lead of a certain Max Verstappen, who came under fire for employing similar tactics a few years ago. Grosjean told Racer:

“I disagree on the fact that they were close. I think in both cases I moved a little bit late, but I always left a car width. So they want to clarify the fact that we cannot move that late, which I agree with, but there were no real rules beforehand and Max Verstappen used it a lot during his racing, so I thought, why can I not take advantage of that?

“It’s not every day we’re running sixth or seventh in a race, and I had to give everything I could to defend. Looking at them, I got a bit caught out by the delta speed in my mirrors – both of my mirrors twisted down at the beginning of the race, so I couldn’t really see much in them. I agree that I moved a little bit late, but I also always left more than a car width.

“So I spoke with Daniel and he was like ‘Yes, it’s a bit marginal, not too bad’, Sainz was complaining a lot on the radio from what I heard, but he could pass… there was a car width, and I’ve got to do my race. If there’s a clarification and we can’t move that late then I’ll take that into account, but to that point I used the limit – yes I agree – but I was trying to defend as hard as I could.”

It was back in 2016 that Verstappen’s defending was coming under scrutiny to the point where the FIA introduced a rule which banned moving under braking. However, at the start of 2017, that rule was dropped and replaced with a more general driving standards rule as F1 sought to less strictly regulate the rules of wheel-to-wheel racing and adopt an attitude of ‘let them race’.

Grosjean said that it might be beneficial to have some more clarification on what’s allowed, as long as it doesn’t hurt the racing:

“I think a few years ago we really wanted to put a rule in place that you can’t move under braking, following some of Max’s defending, but there weren’t any rules put in action. Therefore I pushed the limit a bit, got a warning, but I don’t regret anything.

“I tried to do the best I can. We tried a different strategy, I gave it 100 per cent from the beginning to the end. I’m proud of my race and if there’s a clarification and we need to move early and so on, then I will of course do so accordingly. But I don’t think there were any clear… Driving dangerously? Yes, but you can argue that I wasn’t driving dangerously because I was always leaving a car’s width, so there was always the room for the other car to go next to me.

“I think a bit of a clarification on that would be nice, but also we don’t want to push ‘let them race’ away from Formula 1 because we want to have fights and be pushing hard.” 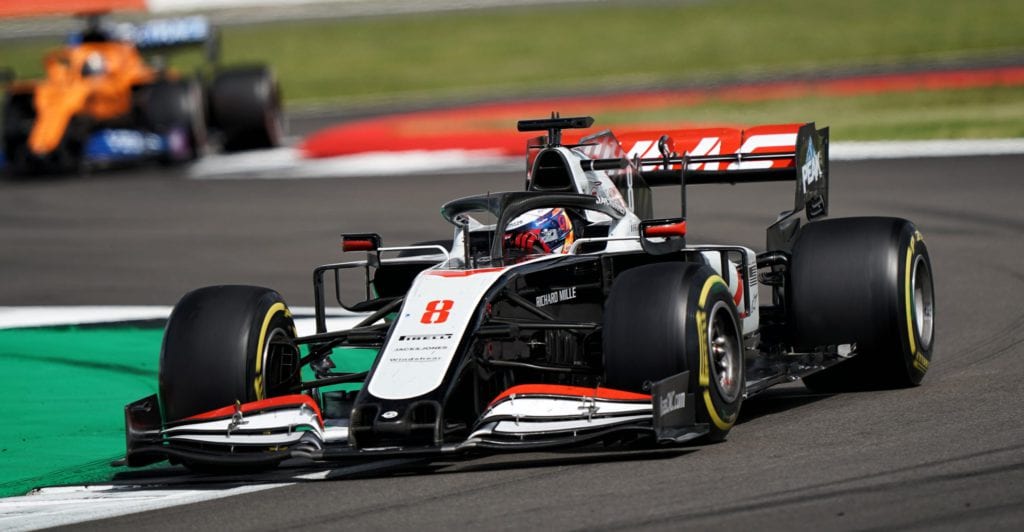