Grosjean Says His Fight With Magnussen In Spain Could Cause Haas To ‘Eat Balls’ – WTF1
Skip to content
×
Formula 1 , News

Grosjean was running seventh following the safety car when K-Mag launched an attack on him and made a bit of contact as he fought his way past. Grosjean had to take to the run-off area, which put him on the back foot and helped contribute to him losing two more positions and dropping down to 10th. Guenther Steiner immediately tried to cool his drivers after the race but, with Monaco coming up, it seems Grosjean is still unhappy. He suggested that the team needs to manage situations like that differently in the future in case the lost points come back to bite them at the end of the season, telling Autosport:

“In that instance we lost at least three points in the constructors’ championship. And if you lose a [championship] position for three points at the end of the year, you’re going to eat your balls.

“It was an avoidable situation, and things could have been done in a better way. Saying that, it’s all OK. It’s racing. I guess we lost a few points, but the bigger picture was that the weekend went really well and the car was performing well.

“[After the race] I was not happy, and maybe a bit disrespectful [of Magnussen], but then again then you calm down. It’s just one race out of 21. As I say, the biggest loss was for the team, we lost three points. We could have lost two cars.

Grosjean added that the relationship he has with his teammate is alright, even though he feels Magnussen’s driving wasn’t the smartest move:

“We just have to expect that Kevin is quite aggressive, even with his teammate, and make sure we protect the outside line, and don’t think about trying to get people in front, but protecting more from your teammate.”

On the one hand, it just sounds like a bit of moaning. Of course he’s unhappy – he lost out in a wheel-to-wheel battle after Magnussen put a firm (but fair) move on him. And when it comes down to a choice, we’d rather see good racing over team orders. From a fan perspective, who wouldn’t?

Realistically, however, Grosjean has a massive point. The midfield is so hotly-contested this year as different tracks seem to suit different teams and some cars are able to switch on their tyres better than others. The VF-19 is probably the fourth fastest car on the grid, but also struggles with the tyre issues more than pretty much any other car. A seven-eight finish would have been a massive result for Haas, especially after the wheel issues in Melbourne also cost the team a chunk of points.

If the inconsistent performances continue throughout the season, Haas has to make the most of the races where everything is going well – and that’s not going to happen if the drivers develop an unhealthy rivalry.

After all, the last thing anyone wants is to be served balls at the Haas Christmas party. 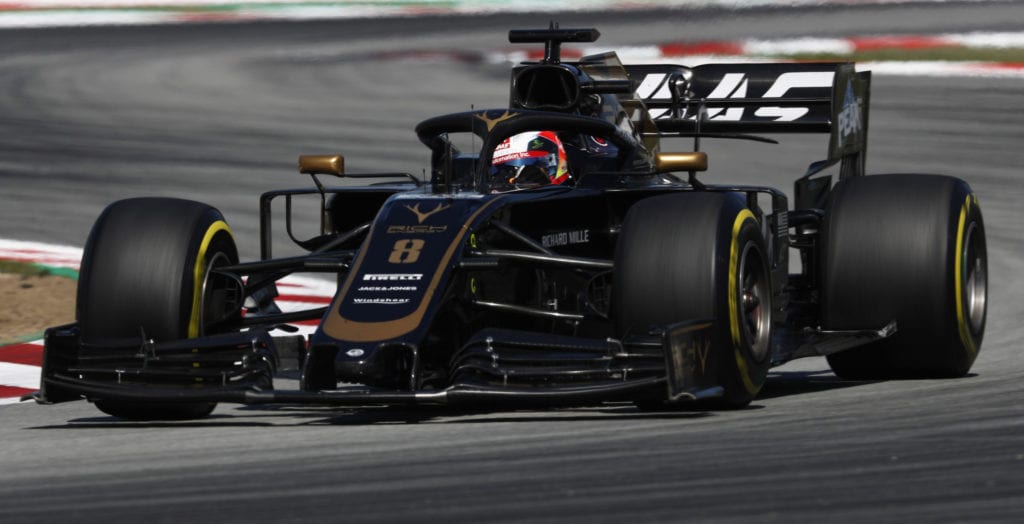