Lewis Hamilton’s stunning qualifying effort was slightly overshadowed by the prospect of a penalty. Haas driver Romain Grosjean complained that he’d been held up by Hamilton earlier in the session and stewards investigated whether it was enough to warrant a punishment.

After an investigation it was decided not to give Lewis a penalty however, with the stewards saying that although Grosjean “may potentially have been affected by the presence of Hamilton”, he wasn’t penalised for it because “he was not impeded.”

It’s a decision that’s left Grosjean pretty mad. He reckons he was cost a few tenths of a second by Hamilton, which would have been enough to see him outqualify McLaren’s Stoffel Vandoorne. Following Valtteri Bottas’s gearbox penalty, that would have meant that the Haas driver starts tomorrow’s race from eighth place instead of 10th.

Grosjean (who the stewards apparently didn’t even talk to about the incident) suggested the decision was made because Hamilton is in the fight for the championship, and that if it had been a different driver holding him up there may have been a penalty.

“I’m surprised by the wording: ‘the driver behind has not been impeded’. If losing 0.35-0.4 seconds in one corner is not being impeded, I am very surprised. I think it opens room for messy qualifying and the rules are pretty clear. And I know there is a world title going on at the front but we are in a position where we actually fight as hard as the boys at the front and I was impeded today. How can I put it? Maybe if it was another driver there would have been something. It does feel sometimes that there are two types of decision.”

When outright asked if he thought that Hamilton was getting special treatment from the stewards because he’s battling for the championship, Grosjean didn’t exactly say yes, but did admit that he thinks the stewarding in F1 is inconsistent.

“I think the title race is an important one. But again we are fighting as hard as those boys. We have got a lot of people working and yes I lost 0.35s in two corners. So if next time I have to get with my front wing into his rear diffuser to show that I have been impeded… We have got very clear rules in qualifying and with 10 cars in Q3, we should not have those problems.”

“I got a five-place grid penalty in China for being too quick under double yellow and today I lost position and nothing is happening. It is frustrating that there seems to be big inconsistency between the decision and who is doing the manoeuver.”

That’s pretty punchy stuff from the Frenchman! Is he really suggesting he’ll just run into the back of someone next time he gets held up?!

It’s not the first time the idea of title contenders getting special treatment from stewards has come up either. Grosjean himself was given a race ban for his accident at Spa in 2012 specifically because he’d taken out a couple of drivers who were in the title fight, and in Baku it was suggested that the race stewards went easy on Sebastian Vettel because he’s battling for the championship.

It’s a controversial yet important topic, and you have to think that Romain might have a point. Whilst this year it’s generally been good that stewards have taken a more lenient approach, it seems that there’s still some way to go in terms of consistency. If they are going easy on drivers to preserve the championship battle, then that’s absolutely something that needs to be looked at. 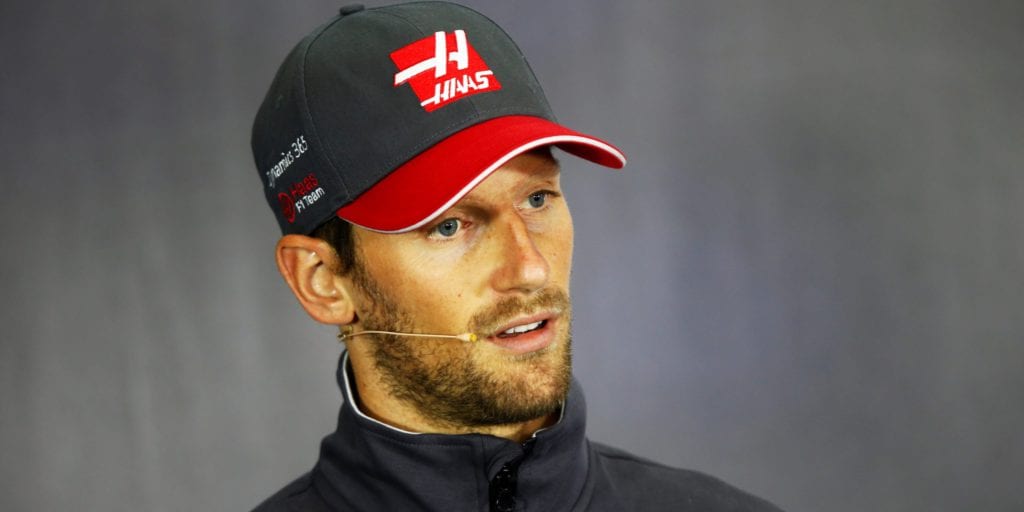