Guenther Steiner Has Been Fined For Insulting The Stewards In Sochi – WTF1
Skip to content
×
Formula 1 , News

Guenther Steiner Has Been Fined For Insulting The Stewards In Sochi

Kevin Magnussen was given a five-second penalty in Sochi for failing to rejoin the circuit correctly after a brief off at Turn 2 while battling Sergio Perez, which cost him a position in the final results. Of course, K-Mag wasn’t happy with what he called a “bullshit penalty”, but it also prompted a remarkable outburst from Steiner over team radio on the cooldown lap as he expressed his dissatisfaction with the situation:

“If we didn’t have a stupid idiotic steward we would be eighth. You know who is the steward. You know him. It is always the same. He just does not get any more intelligent.”

Calling the penalty or the situation is stupid is one thing, but to direct insults at a specific individual over public team radio is quite another.

Unable to deal with the situation in Sochi due to “a potential conflict with at least one of the members of the steward panel”, Steiner was hauled before the stewards in Suzuka (which are different to the ones present at the last race) to deal with the situation. Despite saying that he regretted his choice of words in the heat of the moment, Steiner has been hit with a €7,500 fine for apparently causing “moral injury”. The stewards’ statement explained:

“Such statements harm the reputation of motorsport in general, the FIA in particular, and call into question the professionalism of the officials of the FIA. While any factual criticism of steward panel decisions is always welcomed in private discussions with that panel, public personal attacks against individual officials are totally inappropriate and will not be accepted.

“The wording used by Mr Steiner has caused moral injury to FIA officials, was prejudicial to the interests of motorsport and therefore shall be deemed to be a breach of the rules as defined in Articles 12 1.1.c and 12.1.1.f of the International Sporting Code.

It’s quite similar to the situation in the 2016 Mexican GP where Sebastian Vettel, furious at Max Verstappen’s driving, ended up lashing out at everyone and everything in the closing stages of the race which reached a crescendo as he told race director Charlie Whiting to “f**k off”.

Like Steiner, Vettel was also investigated for a breach of conduct, but let off without punishment as immediately after the race he came to his senses and sought out Whiting to say sorry, and also wrote an unprompted letter of apology to the FIA.

So that’s where Steiner went wrong – but he won’t be able to play that trick in the future because the stewards have already threatened harsher sanctions for both himself and possibly the team if the same thing happens again.

On the plus side, it’s yet another storyline to look forward to in season two of Drive to Survive. 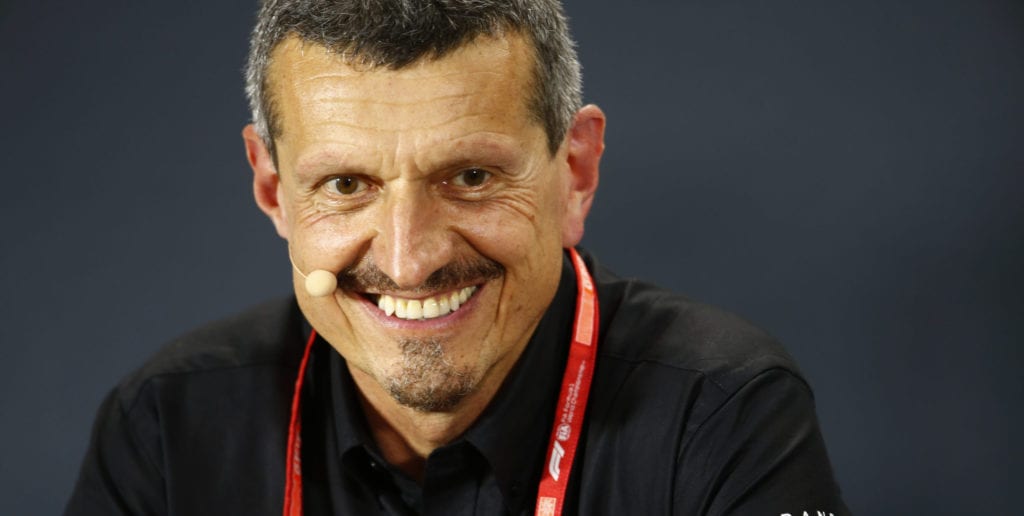