You’ve gotta feel a bit sorry for Haas at the moment. The way the car is behaving remains such a mystery that Grosjean’s car ran the British GP in its Melbourne spec in an attempt to find out what’s wrong. On top of that, there’s the debacle with Rich Energy, which just keeps getting weirder. You can’t really blame Haas for what’s happening, but the whole situation must make the team just want to hide behind a cushion and disappear.

The last thing needed on top of all that is for the drivers to crash into each other which, sadly – for the second time this season – is exactly what happened at Silverstone, causing both drivers to eventually retire. Steiner isn’t exactly one to mince his words and after the race, he said exactly what he thought of Grosjean and Magnussen, telling Autosport:

“It’s not acceptable what happened. I was pretty clear with them after Barcelona what not to do. In the end, we are in a difficult position at the moment trying to find out about the car on track. Everybody works hard like hell, and then it seems we’ve got a chance when our long runs [in practice] were OK. We crash into each other on Turn 5, which is not acceptable.”

He added that he wasn’t interested in the drivers’ explanations, before adding in the term that mums everywhere use when they really want to make their children know they messed up: ‘I’m disappointed’.

“To explain something like this you don’t need a lot of time,” said Steiner. “Sometimes you can say a lot in a few words, and I’m obviously disappointed to say it. Everybody works very hard to get out of this hole that we are in, and you guys see that. We do the almost impossible, and then we have got the chance to get points, or at least learn something to move forward, they do something like this. For me, I don’t need any explanation of it.”

To add to that, Steiner came up with this superb line in the team’s official race report:

“The best that our drivers could bring to the battle was a shovel – to dig the hole we’re in even deeper.”

Fantastic. Never mind looking forward to the Haas episode of Drive to Survive: Season 2 – with what’s gone on this year, Netflix should just make an entire series about Haas. If this is how Steiner is reacting in public, imagine what’s going on behind the scenes! 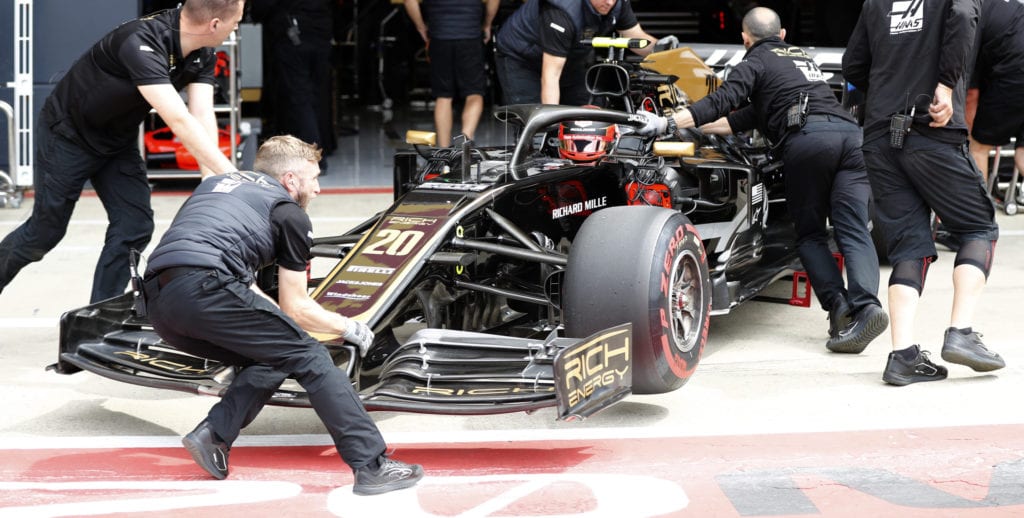