Haas Asked The FIA To Black-Flag Its Drivers During FP1 – WTF1
Skip to content
×
Formula 1 , News

Haas Asked The FIA To Black-Flag Its Drivers During FP1

Seeing a black flag in an F1 session is incredibly rare. Usually, it’s associated with a driver being disqualified from a race, but its basic function is to get a driver to return to the pits (the black and orange ‘meatball’ flag does the same, but is specifically used to inform drivers of a mechanical issue).

It proved incredibly useful when Haas had a complete system failure during FP1, leaving the team unable to contact the drivers and let them know they had to abandon their runs. With both drivers seemingly ignoring their pit boards (yep, those are still a thing), Steiner said the team requested the FIA to black flag Ro-Gro and K-Mag. He told Autosport:

“We had an issue with the IT equipment. We had no data anymore, nothing, no radio, we couldn’t contact them and we couldn’t see what the car was doing. They needed to come in quick. We put the pit board out but they didn’t see it, so we came up with the idea let’s ask race control to give them the black flag so they’ll come in. That’s what we did. Everybody got a little too excited about it. We were a little bit creative there, and asked for some help to get them focused to come in. They got in and then we fixed the problem and we got out the last 20 minutes.”

So, they won’t look at their pit boards, but they will look at the black flags – go figure! We have to admit, though, it would have been interesting if nothing happened and the drivers continued to miss the pit boards. How long would they have kept going until they realised something was wrong? For all we know, they might still have been out there now, lapping endlessly, avoiding drunk fans stumbling around La Rascasse and wondering if the team had inadvertently discovered an installed a source of endless fuel supply.

Steiner joked that he’d have to implement some sort of procedure in case something similar happened again in the future:

“They should look at the pit board as well! I think they will now in future, if for more than five laps you don’t hear anything on the radio in Monte Carlo something must be wrong.”

One person probably hoping that doesn’t happen again is whoever’s job it is to hold out the pit board. At other tracks? Not a problem – but at Monaco, dangling one over the wall at drivers who aren’t necessarily expecting them might encourage certain muscles to clench a little bit… 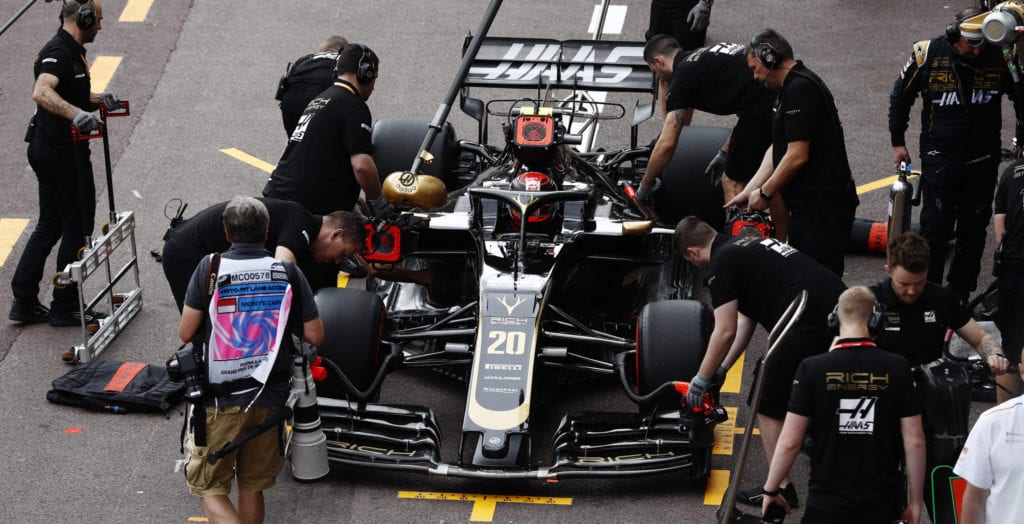