American drivers in F1 have been something of a rare occurrence over the last couple of decades but with Haas joining the sport in 2016, you wondered whether that might open the door for one or two names to come through.

Of course, just because Haas is American doesn’t mean we should expect it to take an American driver just for the sake of it, they need to be good enough.

“It’s on top of our list if there’s a good one. Obviously, we want one. But then maybe, if there is a really good one, would they come to us Just having an American driver who maybe cannot compete at a certain level is maybe not good for the sport.”

That shouldn’t be a problem though, right? After all, the USA has more than 320 million people and a rich history of motor racing. Surely there are plenty of quality drivers waiting to jump into F1? Not according to Gene Haas, who doesn’t think there are any F1-quality drivers around:

“[Signing an American driver] would be an ambition, but at the moment there is nobody ready for F1 in the United States in my opinion.”

It’s true that there aren’t many Americans coming through the European junior formulae, but what about IndyCar?

There are plenty of talented drivers in IndyCar, some of whom have previously said they’d be up for F1 if the right opportunity came up.

They’re not afraid of speaking their mind either (remember those digs at Lewis Hamilton following the Indy 500?) and unsurprisingly, Steiner’s words have made a few drivers a little bit miffed at being essentially overlooked.

Always funny the @HaasF1Team mentality. “Americans aren’t good enough”, yet they haven’t even given us a shot. Not worth our time. 👍🏻 #USA

How can you possibly call yourselves an “American” team and totally berate your entire “home” nationality of drivers? 😂 there hasn’t even been a hint of consideration of any well established American drivers over here. https://t.co/nWWRflyYR8

They have a point. IndyCar is an extremely competitive series but still has a reputation (in Europe, at least) as something of a second-rate championship. The drivers might not want to go from competitive IndyCar seats to a midfield or back-of-the-grid F1 team, but it seems unfair to judge them when they don’t even get the chance to test F1 cars and prove themselves. 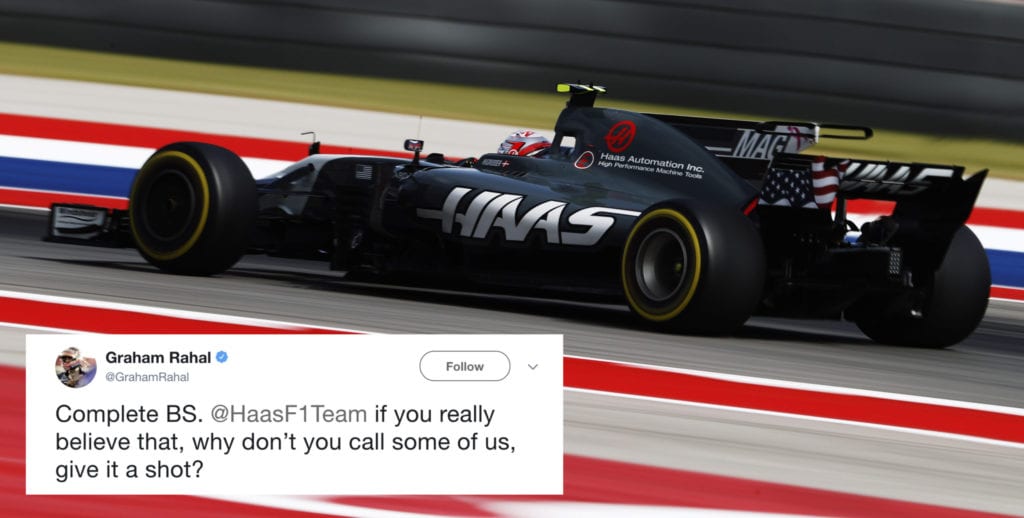