Haas Has Dropped The First Images Of A 2020 F1 Car

Sneaky, sneaky Haas! The team said it was going to launch the VF-20 on the first morning of testing on 19 February – and yet, here we are looking at images of it almost two weeks beforehand.

With Rich Energy departing last season (much to the dismay of anyone who enjoyed the ludicrous statements the company blurted out on Twitter), it was always likely that the black-and-gold livery would give way to the standard Haas colour scheme… and that’s exactly what’s happened.

Red, black, and white isn’t the most original trio of colours to use together but in this case, Haas has made it work rather well – as it usually does, to be fair.

Kevin Magnussen, Romain Grosjean and the rest of the team will be hoping that the VF-20 can perform much more consistently than last year’s car managed. If Haas can do that, expect the team to be fighting at the top of the midfield once more. 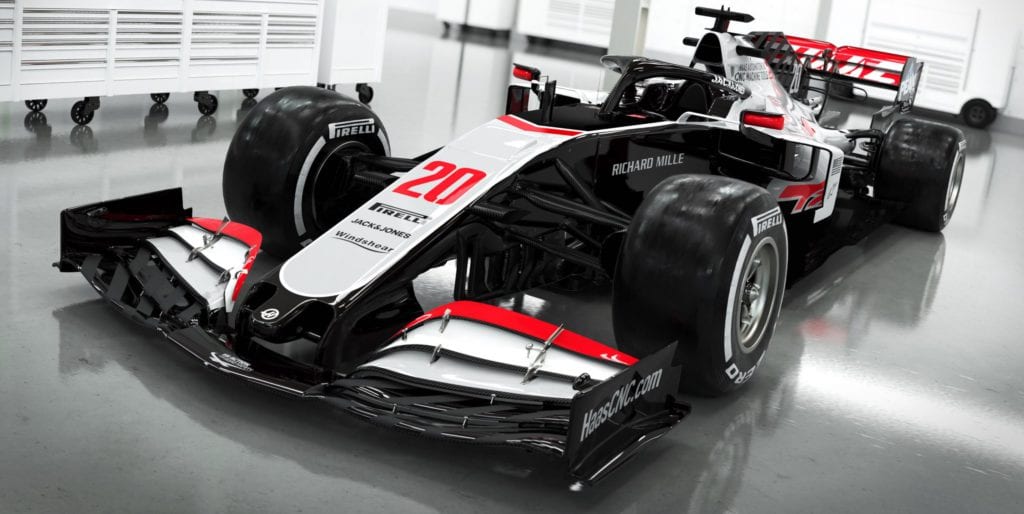