Haas Has Revealed Its 2019 Livery And Yep, It’s Black And Gold

That wasn’t exactly surprising, was it? Energy drinks company Rich Energy uses black and gold on its branding and so when it was announced as Haas’ title sponsor, a black and gold livery was almost inevitable.

That was confirmed when the team revealed its 2019 livery at an event in London this morning, as well as dropping some renders of how it’ll look on its 2019 contender, the VF-19. Here it is!

Well, what else is there to say? It’s not much more than a simple palette swap of the normal Haas livery, but it still looks rather nice – after all, it’s hard to mess up black and gold! 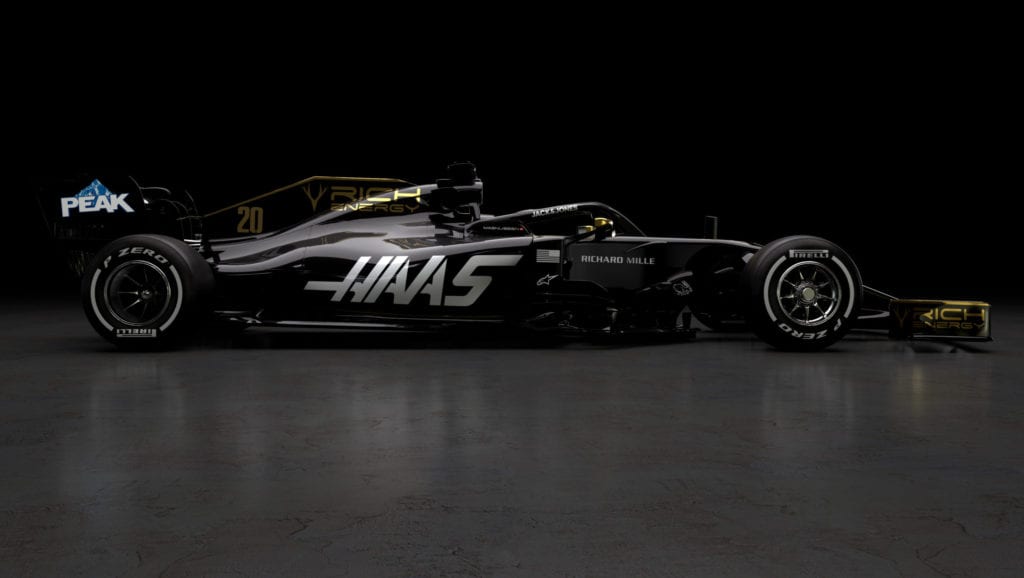