Haas Is Keeping Grosjean And Magnussen For 2020 – WTF1
Skip to content
×
Formula 1 , News

Haas Is Keeping Grosjean And Magnussen For 2020

It’s been a difficult year for the American squad (and not just because of the whole Rich Energy saga) as persistent issues with tyres has frequently meant incredible qualifying performances are followed by a sharp slip down the order on race day. That’s made it quite difficult to judge the performances of each driver, especially where points are concerned, but rumour had it that Romain Grosjean’s place in the team (and probably the sport) was under threat, likely from Nico Hulkenberg.

However, that’s proved not to be the case as the 33-year-old will continue with the team for a fifth season (and 11th in F1). The ultra-aggressive K-Mag is staying too, but that never looked like changing – he’s consistently pretty solid and has gelled well with the team he first joined in 2017.

Team principal Guenther Steiner said that the experience of both drivers is a vital tool in helping the team to move forward from a 2019 they’ll probably be keen to forget.

“Experience, and the need for it, has been one of the cornerstones of Haas F1 Team, and with Romain Grosjean and Kevin Magnussen racing for the team in 2020, we continue to have a driver lineup that offers us a solid platform to continue our growth. Their understanding of how we work as a team, and our knowledge of what they can deliver behind the wheel, gives us a valued continuity and a strong foundation to keep building our team around. It’s been a tough year for us in 2019 with the fluctuation in performance of the VF-19, but our ability to tap into our combined experiences will help us learn, improve, and move forward as a unit in 2020.”

Haas is currently only ninth in the constructors’ championship – which would be the team’s worst finish in its four-year history as an F1 team – while Magnussen and Grosjean are currently 16th and 17th in the drivers’ standings, ahead of only Antonio Giovinazzi and the Williams drivers.

Sticking with the same drivers for another year is probably a smart move. You could never accuse Magnussen of giving less than his maximum, and on his day Grosjean is still capable of a phenomenal turn of speed. He’s also stopped making the bizarre errors which blighted his 2018 season. The only thing Haas needs from its drivers now is to stop running into each other – perhaps that’s the goal for 2020… 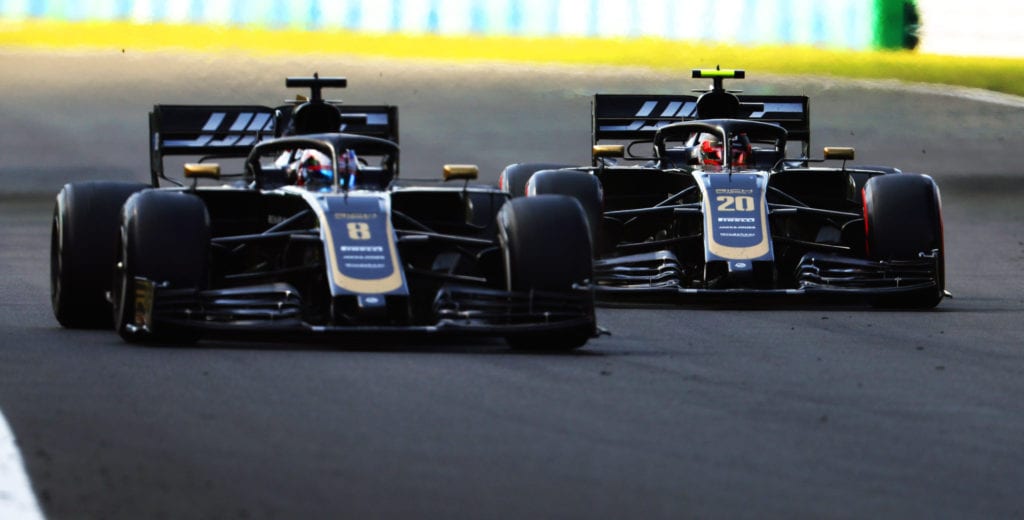