Haas Is Protesting The Legality Of Force India’s Car

When it comes to the politics of F1, Haas has been in the thick of it in 2018. At the start of the year many dismissed the team’s performance because the VF-18 was a “Ferrari replica” and in Monza, Romain Grosjean was disqualified after a protest from Renault because the car was running an illegal floor. Grosjean and Kevin Magnussen have had their fair share of trips to the stewards’ office for driving offences, too.

From the other side, Haas has questioned whether Force India should receive prize money for this season. Given that it’s now known as Racing Point Force India and is legally a new team, Haas believes the team should have to wait for three seasons (like Haas did) before receiving payments. Now there’s another potential issue, with both teams having to report to the stewards ahead of free practice in Abu Dhabi as the result of a protest by Haas.

The cause of this new protest is yet to be revealed but it’s believed that, like the prize money issue, it’s related to RP Force India’s status as a new team.

The thing is, the constructors’ championship is called the constructors’ championship for just that reason – teams have to construct their own cars (or at least own the rights to the design). Since Spa, RP Force India has been using the VJM11, a car built by OG Force India. And why wouldn’t it? There’s no way the team could design and build a competitive car in the space of a week or two. However, the design of the VJM11 constitutes intellectual property and if that didn’t transfer with the sale of the team, then it could be in trouble.

Funnily enough, a similar scenario happened in 1990 when the Larrousse team mistakenly named itself as the car constructor and not Lola, which caused the team to be disqualified from the championship.

If this is the case with Force India, then it’ll be interesting to see how the FIA proceed with Haas’s protest. On the one hand, rules have technically been broken. On the other, Force India’s situation is an unusual one and although it is a ‘new team’ by the letter of the regulations, the only thing that’s really changed is the ownership – everything else about the team is pretty much exactly the same as before.

If this is the case, then you have to say it’s kinda funny that Haas – a team which gets a lot of parts from Ferrari – is unhappy that RP Force India hasn’t built the cars itself…

It’s hard to see anything coming of this but when it comes to Formula 1 and the FIA, you can never be too sure of anything. 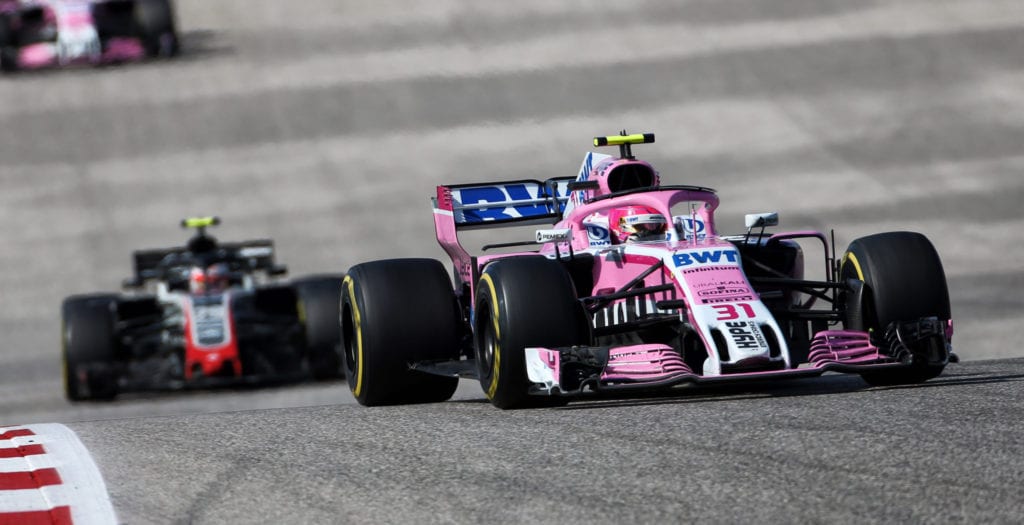