Haas’s Protest Against Force India Has Been Dismissed

On Thursday, Haas pulled a bit of a surprise when it lodged a protest with the stewards that both Force India cars were illegal. It revolved around the situation surrounding the sale of the team – as RP Force India was technically a new team, it hadn’t built the VJM11 itself and therefore wasn’t a constructor.

After some fairly long discussions, it’s not entirely surprising to hear that the claim has been dismissed. The FIA said that Force India satisfies the definition of a constructor in that there’s nothing preventing a new team from sourcing parts from a former team, adding:

“Racing Point Force India F1 Team became a Competitor on 23 Aug 2018 when its Super License was signed and issued by the FIA.

“The Racing Point Force India F1 Team was recognized by the FIA as an F1 Constructor on 23 Aug 2018 when its F1 Entry Form was accepted, resulting in the issuance of its Super License, and when on the same day it signed the Bilateral Settlement Agreement with the FIA.”

The whole thing was about more than Haas questioning Force India’s legality, though – it’s about the fact that Force India continues to receive prize money despite being a ‘new’ team, whereas Haas had to wait three years to receive payments because that’s the rule for new teams.

The protest was seemingly about receiving clarity over that point, something Haas has been wondering about for months. Another point in the stewards’ report may give the American squad some closure:

“The Stewards decide that the entry of Racing Point Force India Formula 1 Team is a valid entry in the 2018 Formula 1 World Championship because the FIA, under Article 8.5 of the Formula 1 Sporting Regulations has absolute discretion to accept or reject an application to compete in the Championship and under Article 8.1 has the right to accept a late entry if a place is available.”

In other words, Force India will continue to get paid because it was part of the “agreement” the team made with the FIA when it changed ownership, and the FIA said it was fine. You can understand why Haas might be a bit peeved about it all, but Force India’s situation was an unusual one and at the end of the day, the team has remained on the grid. And having 10 teams and a grumpy Haas is surely better than having nine teams and a happy Haas.

Still, it’d be surprising if this turns out to be the end of it… 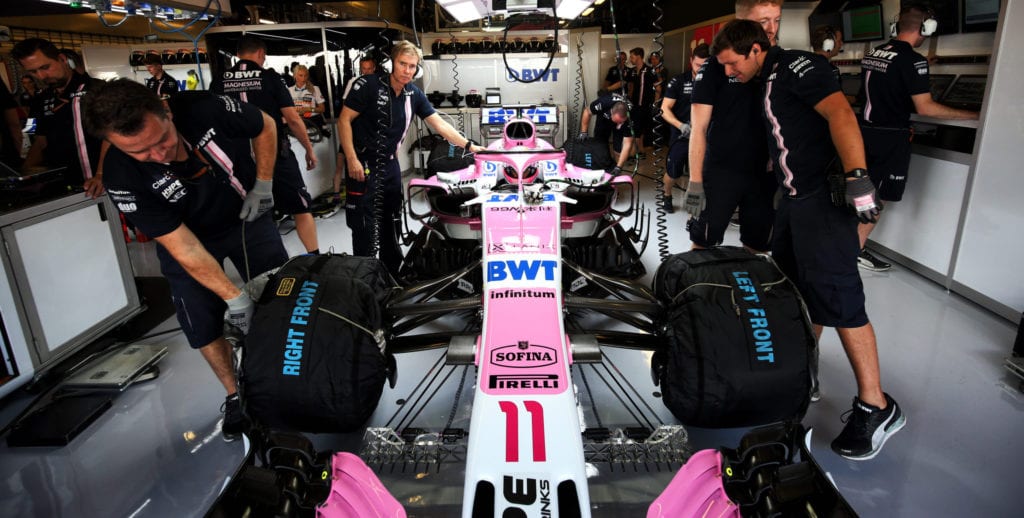