Ever since Romain Grosjean switched to Haas he’s become known for complaining about things. Other team principals have even noticed it too.

Either his brakes aren’t working to his liking, the conditions are too bad, or he’s snitching on other drivers during the drivers’ briefing. He knows how people see him too, as he ran a comical helmet design in Austin claiming that he isn’t a moaner (we’re not buying it).

That was also the race where he was complaining so much on the radio that Haas team principal Guenther Steiner had enough and hilariously told him to “shut up”. Steiner explained that he had to say that because it was the only way to get him to listen.

“In Austin he was getting too much. I told him we could hear him, but if you keep talking then we cannot talk to you. If you are on the radio all the time then how can we tell you what to do? So somebody had to stop him – and usually that is me.”

Grosjean’s moaning isn’t something that really bothers him though, and he says that although he’s calmed down a bit he hopes he can cut it out even more in 2018.

“I think he has calmed down and realised it doesn’t help. Not that it is good or bad, just that it doesn’t help. So why get like this rather than working in a constructive way? He still has his outbursts but normally they are shorter. Unlike Austin, when we had a bad day.”

However, Steiner admitted that he’s given up trying to get him to keep his emotions under control and is just going to let Grosjean be Grosjean until he figures it out himself.

“Even if I did study it I can’t fix it anyway. We speak sometimes about it but not about fixing it. More about what he thinks it does to help. He has calmed down but still has he peaks. I will not change that.”

Good, because a Grosjean that doesn’t complain just wouldn’t feel right; like a Daniel Ricciardo that doesn’t smile, or a Brendon Hartley without any grid penalties. 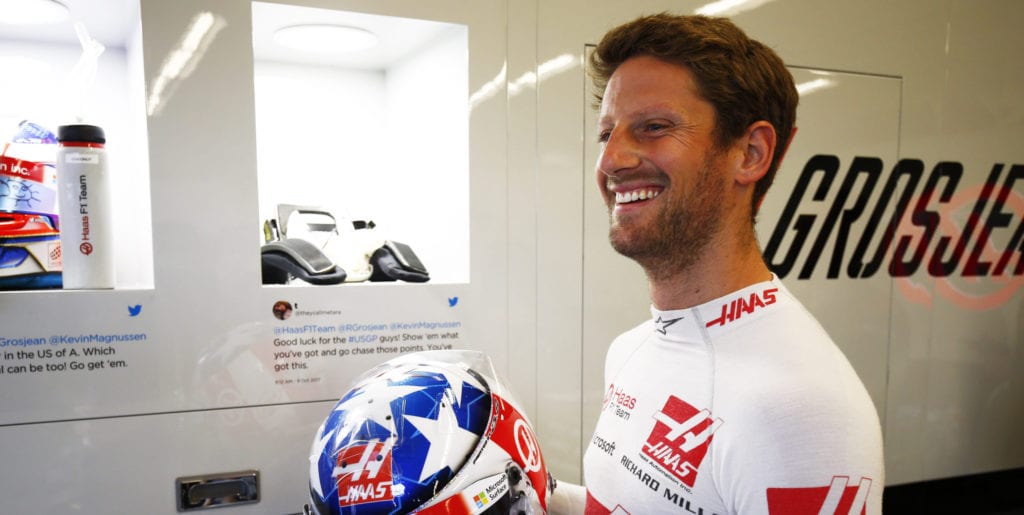