Hakkinen Says There Was “More Freedom To Race” In His Era – WTF1
Skip to content
×
Formula 1 , News , Opinion

Hakkinen Says There Was “More Freedom To Race” In His Era

Hakkinen knows a thing or two about hard racing, having gone up against Michael Schumacher several times during the peak of his career. With regards to Sebastian Vettel’s Canadian GP incident he, like many, feels the German had no other alternative. Speaking in his regular blog for Unibet, the Finn states that both drivers would have known that Vettel was going to end up on the outside of the corner and been able to prepare for it, adding that “The two cars did not touch, there was no collision. Sebastian and Lewis did what they had to do, gave each other just enough room, and then continued racing.”

Hakkinen went onto say that if today’s standard of rules existed when he was driving, there would have been many more penalties, adding that the reputation of the sport needs to be taken into consideration:

“When I look back at my racing career in Formula 1, I think Michael Schumacher and I had more freedom to race. Maybe there were not so many cameras picking up everything that we did. There would have been a lot of 5 second penalties, or worse, if we had been racing with today’s rules.

“The FIA has done amazing work in order to make the sport so much safer, while the Stewards have a tough job to do, often under a lot of pressure. However, I do think that the drivers, teams, FIA and Formula 1 itself need to work out how to let drivers race, recognising that sometimes you need to be realistic and think about the sport’s reputation.

No one was happy on Sunday. The penalty ended the battle for the lead, and penalised everyone watching Formula 1. “

Hakkinen also hypothesised about how the untimely loss of Charlie Whiting may have impacted the sport, saying that it may be time to think about re-jigging the way the stewards operate:

“Whilst Charlie was not in charge of the Stewards, he did influence the governance of the sport. He attended every race, knew every driver, and could be very practical with his decisions. Having someone like Charlie made the driver meetings very productive.

As a result, I think perhaps it is time for Formula 1 to consider the possibility of appointing three permanent Stewards, perhaps with a driver acting as a fourth Steward or advisor. I am not questioning the ability of the Stewards in Canada, but the sport might benefit from having the same people to regulate each Grand Prix.”

At the moment there are three stewards at each race – two selected from the FIA’s own council of stewards, plus an ex-driver, which change at each race (the stewards at Monaco were different to in Canada, for example). The idea of rotating the stewards is to prevent any bias from creeping in, the downside is that it can lead to inconsistency when it comes to decision-making.

The interpretation of Vettel’s penalty was supposedly a tiny, secondary steering wheel movement to the right once he’d already collected the initial slide. The Canadian GP stewards obviously saw that as a move to block Hamilton, hence the penalty. However, another group may simply have ruled it as a continued part of the recovery after his off and let it slide.

Hakkinen’s suggestion would almost certainly be an improvement, but it wouldn’t change the problem of rules being applied overly harshly. As Vettel said after the race, “we all sound a bit like lawyers” – and that’s the issue. Drivers are now having to race to an ever-more tightly-defined set of rules and regulations, which makes it easier for stewards to simply go ‘conditions A, B, and C have been met, therefore it’s penalty.’ There’s nothing inherently wrong with that, but it does detract from the human element of the sport. Get four permanent stewards (preferably two of which with F1 or other high-level racing experience), get them together in a big long meeting with all the current drivers and go over what they do and don’t want to be acceptable and use that as a baseline for stewarding decisions. Simple.

At the very least, there needs to be more transparency with fans. Releasing a short statement on a penalty simply isn’t enough – there need to be explanations. Say what the penalty is and why the driver received it. Highlight three or four similar incidents from the past, and why they were or weren’t punished. Pick out some of the incidents that weren’t investigated (such as Daniel Ricciardo’s aggressive defence against Valtteri Bottas, or Sergio Perez’s wheel-banging overtake on Romain Grosjean) and explain what was OK about those in relation to what was bad about Vettel’s.

Give everybody that information as soon as possible, That way you don’t end up with dribs and drabs from ex-drivers, speculation from pundits, and rants from silly writers like me. 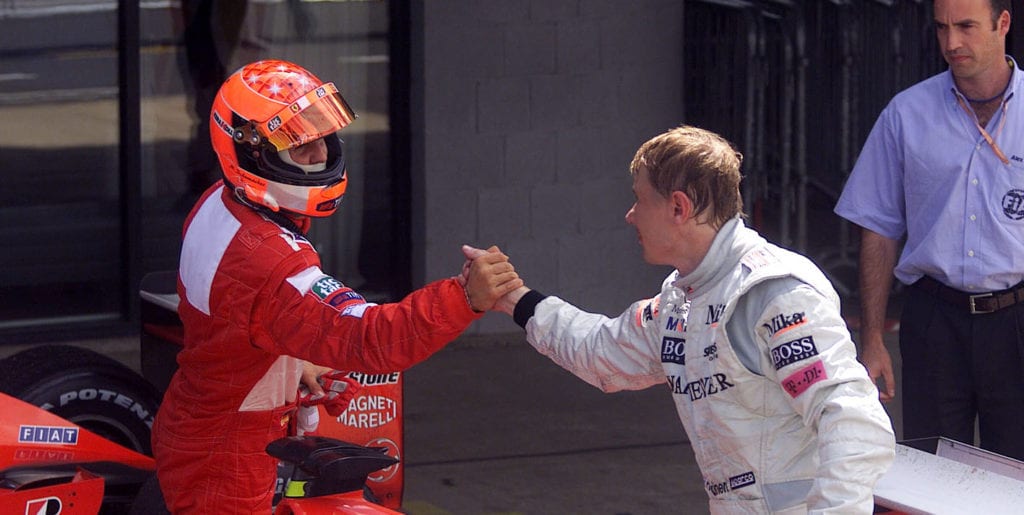