Half Of The Moto3 Field Crashed Out In One Corner At Le Mans – WTF1
Skip to content
×
Crash , MotoGP

A collision between four bikes on the opening lap of the Moto3 race at Le Mans was pretty dramatic in itself, but the full effects of it wouldn’t make themselves known for another lap.

When Adam Norrodin was recovering from the first lap accident he was unaware that his bike was dumping oil on to the track – and it seemed everyone else was too.

So when the rest of the field came round on the second lap many of them hit the freshly-laid oil at turn six and slid straight to the scene of the accident.

Unsurprisingly the race was red-flagged so that the oil could be cleaned up. Despite the torrent of bikes and riders being fired into the gravel trap incredibly no one was seriously injured, and all but one of the bikes were able to be repaired in time to make the restart. Motorcycle racers are a tough bunch! 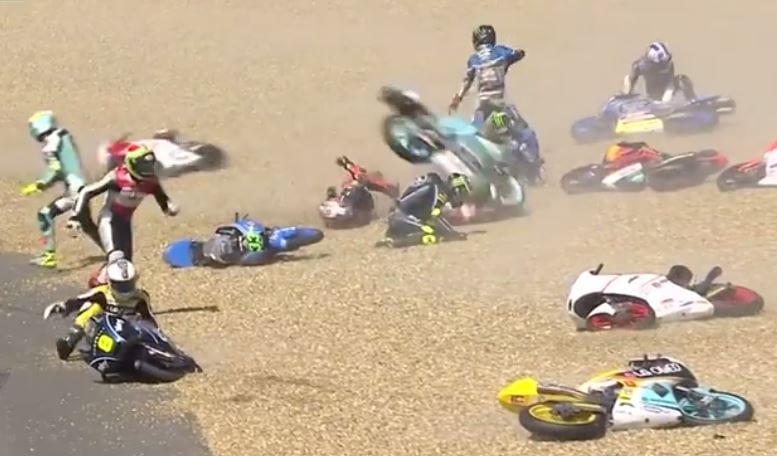