There’s no denying that rain delays suck. But the one positive is that they often provide some amusing entertainment.

Lewis Hamilton took to Instagram Live during the rain delayed qualifying session for the Italian Grand Prix and kept himself entertained by watching some funny YouTube videos.

Hamilton stayed chatting for a good half-an-hour answering fan questions but things got particularly great when he went to find his Mercedes teammate Valtteri Bottas and fired up the PS4 for a bit of teammate rivalry.

.@LewisHamilton has been on Instagram Live for about half an hour now. He's now found @ValtteriBottas 😆👏🏻👏🏻 pic.twitter.com/PZEt82DHe1

Hamilton's now trying to get the PlayStation on for a game with Bottas 😂 #F1 pic.twitter.com/vURrN8VZWe

It wasn’t the new F1 game though they fired up but Trials Fusion. An interesting choice but one that made for pretty humorous entertainment.

20,000 people tuned in while the two of them were on the Playstation and let’s be honest, it was a lot more entertaining than what was going on on TV. 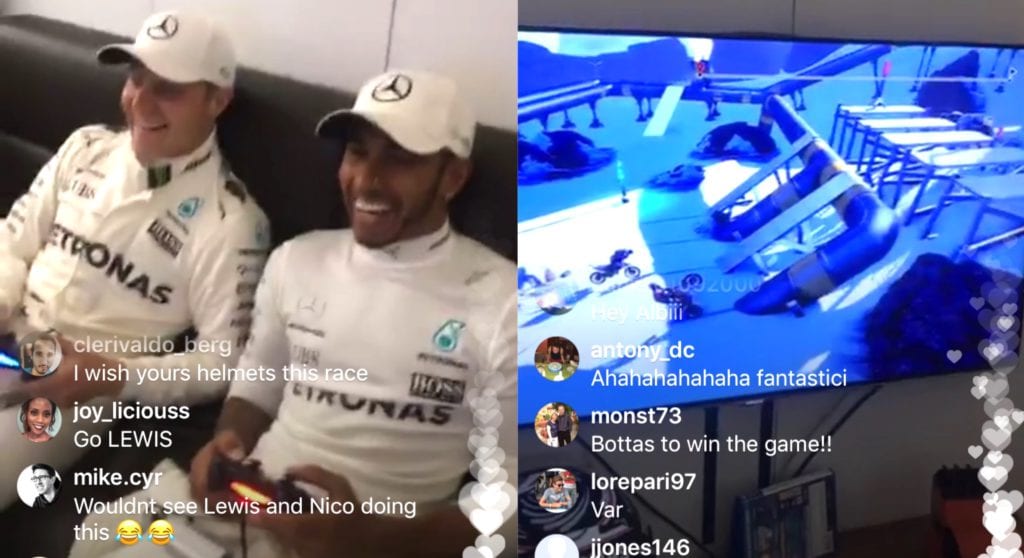