Hamilton Dominates In Hungary As Verstappen Recovers To Second

A wet track at the start and the threat of more rain later promised something something of a juicy race, but it didn’t really happen. Hamilton simply rocketed into the lead in the opening laps before swapping his intermediates for slicks, and then built up a huge advantage over everyone to the point where he was able to pit for fresh tyres at the end so he could nab the fastest lap.

Max Verstappen was a quite superb second – not just because he went from seventh to in the early wet laps and stayed there to split the dominant Mercedes, but because 30 minutes before the start he was in the wall with no front wing and broken suspension. Yup, he ‘did a Grosjean’ and crashed on the installation lap, leave the Red Bull mechanics with a mountainous task to get everything repaired.

Valtteri Bottas was a slightly disappointing third. He seemingly jumped the start and somehow got away with it, but he lost a ton of ground and took a while to recover. Despite making an extra stop to Verstappen and with fresher tyres, by the time he caught the Red Bull, the race was over.

Lance Stroll was a superb fourth in something of a lonely drive, while Alex Albon ended up fifth. However, a question mark hangs over his result pending an investigation into mechanics attempting to dry his grid slot before the start of the race – which is strictly forbidden.

Sebastian Vettel had a solid race and ran strongly in the wet conditions, only to lose a bunch of positions during the pit stops as Ferrari hesitated to release him into the busy pit lane. A lock-up then dropped him behind Albon, but he had a strong middle part of the race to run fifth for much of the race before being passed by Albon again late on. That was in stark contrast to Charles Leclerc, who ended up struggling on the unfancied soft tyres in the early phase of the race, setting his strategy all off-kilter.
At one point he had a superb battle with Lando Norris, but ended up missing out on the points when the other McLaren of Carlos Sainz pinched 10th from him in the closing stages.

One driver who did have a very strong race was Kevin Magnussen. Both Haas drivers were planning to start the race on full wets, but elected to switch to slicks at the end of the formation lap. They ran third and fourth for a good while and while Romain Grosjean was ultimately swamped by the faster cars, Magnussen held on for the team’s first points of the year in ninth. One person who won’t be pleased by that is Daniil Kvyat – he also wanted to pit for slicks on the formation lap but was denied by his team. Had he done so, chances are could have brought home a good deal of points for AlphaTauri.

Following their strong qualifying, Williams once again slipped back in the race. George Russell made a poor start, and while Nicholas Latifi shot up to 10th in the early laps, a collision with Sainz in the pits following an unsafe release left him with a puncture and ruined his race. Esteban Ocon also had a disappointing run – while Daniel Ricciardo finished seventh, Ocon was a lowly 14th.

Back-to-back wins for @LewisHamilton – and he takes top spot in the driver standings after Round 3 🏆#HungarianGP 🇭🇺 #F1 pic.twitter.com/25A5hfLDZI

After the intensity of the first three races, we get a weekend ‘off’ before heading into the next triple-header of two races at Silverstone and then Barcelona. The worrying thing is that if anything, those tracks are going to suit Mercedes even more – and they looked frankly unbeatable at the Red Bull Ring and the Hungaroring. If Bottas can’t raise his game, Hamilton looks well on course to make it championship number seven. 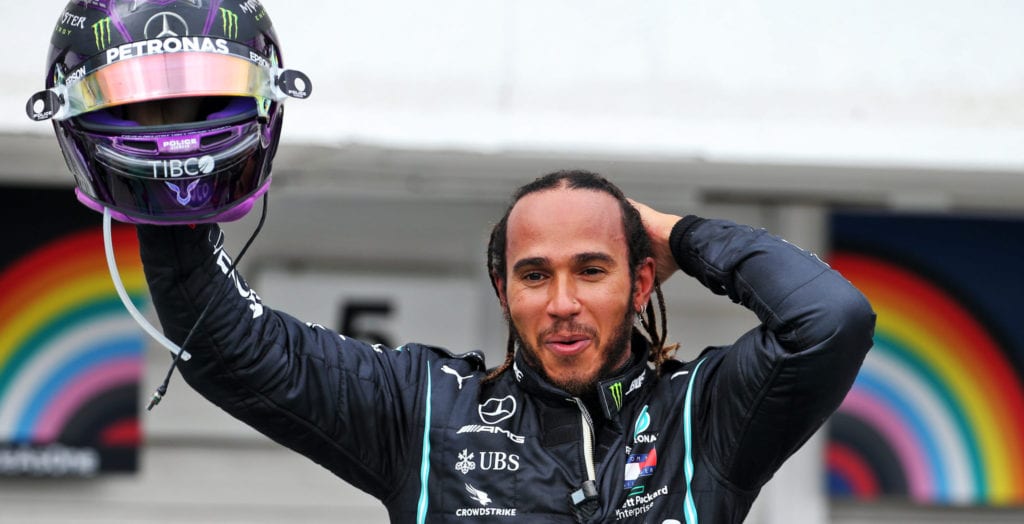