Hamilton Drops To Fifth On The Grid After Red Bull Protest

After qualifying, Hamilton was summoned to the stewards for supposedly ignoring yellow flags that were deployed when Valtteri Bottas went off. No further action was taken when the stewards decided that Hamilton had seen conflicting messages – yellow flags on the left on the exit of Turn 4, and green flags on the right heading into Turn 6.

The moment drew parallels to last Mexico last year, when Max Verstappen was stripped of pole position for ignoring yellow flags at the last corner – again due to an off by Bottas, funnily enough. On that occasion, Verstappen also claimed that he hadn’t seen flags, but was penalised anyway.

It seems that Red Bull found it odd that Hamilton wasn’t punished despite the similarities between the two situations and on Sunday protested the decision, apparently due to having new evidence in the form of a different camera angle.

It seems that the stewards have agreed that Hamilton did indeed fail to slow for the yellow flags. As a result, Hamilton has been given a three-place grid penalty, pushing him back to fifth on the grid, elevating Verstappen to second, and Lando Norris and Alex Albon into third and fourth.

That’s going to be a bonus for Red Bull in (and Bottas) in the race, as well as make things trickier for Hamilton. However, the real question is why the stewards didn’t make this decision yesterday, and why it took another team submitting evidence for it to be reviewed… 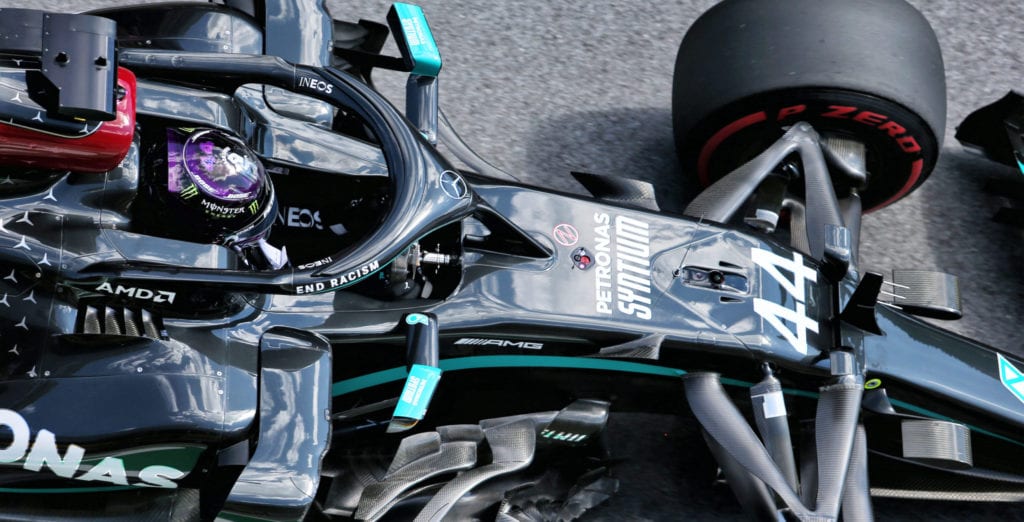