Hamilton and Mercedes looked a class ahead all session, the car having the perfect combination of speed on the straight bit and driveability in the twisty sections which neither the Red Bull or especially the Ferrari looked capable of beating. He was the only person in the 1:34s after the first runs in Q3 and then improved further with his final run to set a new track record.

To the surprise of many, Valtteri Bottas went through the qualifying session as normal – since he’ll have to start from the back with engine penalties, it would have been understandable if Mercedes opted not to really run him in order to save tyres and give him options for the race. But nonetheless he carried on and went second fastest, with Max Verstappen third.

The Ferraris were way off in terms of both speed and strategy – Charles Leclerc was quick in the first two sectors but was shocked to hear he was losing six tenths in sector three alone. He didn’t even get a chance to do his final Q3 run after he got help up in the queue of traffic at the end of his outlap and missed the line before the chequered flag came out.

Still, he outqualified Sebastian Vettel, who had a very mucky session. He spun in Q1, was off the pace after his first Q3 run and then made mistakes on his final lap. Perhaps he’s a bit distracted from turning up late this weekend due to the birth of his third child – which would be a little bit understandable.

The McLaren drivers have been extremely closely matched in qualifying all season and at the last race, Lando Norris has pipped Carlos Sainz to win their own personal head-to-head. We know how good Sainz has been this season, so that’s a seriously impressive effort from the British rookie.

Daniel Ricciardo split the McLarens, with Nico Hulkenberg also making it into Q3 in what looks like being his final weekend in F1. Sergio Perez and the Toro Rossos all looked like top 10 contenders but just missed out in Q2 along with Lance Stroll and Kevin Magnussen. Romain Grosjean dropped out in Q1 following the loss of parts in the FP2 crash with Bottas, with Alfa Romeo also off the pace. At Williams, George Russell completed a 21-0 clean sweep of Robert Kubica, just as Fernando Alonso did to Stoffel Vandoorne at McLaren last year.

In some ways, it’s a bit of a bonus that Bottas will have to start from the back because it puts Verstappen on the front row, creating the potential for a bit of a spicy opening lap between him and Hamilton. That might be his best chance, too, considering the pace of the silver cars this weekend.

Ferrari might be able to challenge on the straights on the first lap, but it’s hard to see them really factoring into the fight for victory. Vettel is the only one of the front-runners starting on the softs, though, so seeing how his strategy plays out in comparison to the others could be interesting. Plus, with the possibility of Bottas storming through from the back and the extremely close midfield, this has the potential to be a decent way to sign off the 2019 season. 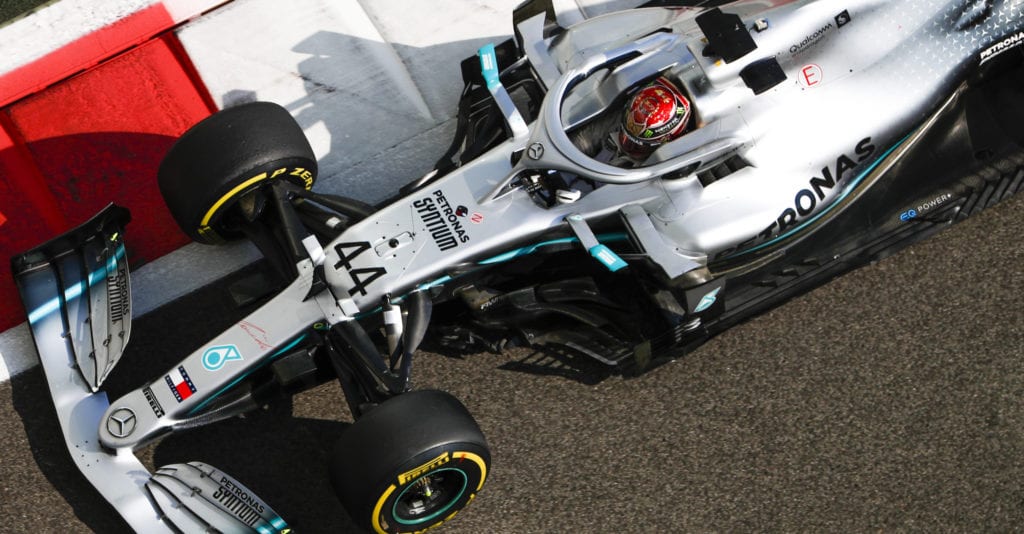