With strong, unpredictable winds constantly mutating how cars behaved through corners and cool track temperatures shutting tyre windows and throwing away the key, it felt like the Azerbaijan Grand Prix might give us an unlikely winner. However, it feels strange to say that this outsider was Lewis Hamilton.

The Brit was slightly off the pace over the weekend, with the Ferraris once again showing the ultimate one-lap speed for pole and also having the race pace to win in less chaotic circumstances.

After winning, Hamilton was humble as well as wary of his teammate’s rotten luck, but also voiced concerns about this year’s car.

“She definitely isn’t as easy to drive as it was last year. So yeah, that’s what we’re going to continue to work to. We’ve definitely got a lot of work still to do, we still are behind, whilst we finished ahead that was due to, as I said, lots of different circumstances getting in the way.

“Kimi was nearly on pole, two-tenths ahead of Sebastian, their pure pace is a lot ahead of ours at the moment. Then, within the race, I’m sure Sebastian was managing but I’m sure their pace also in the race is a little bit up on ours. We definitely are there in the mix and we’ve not got a terrible car at all, by any means.”

Hamilton’s comments indicate that although the close competition at the front is genuine, Ferrari’s edge at this early phase of the season very real. The negative characteristics of the Mercedes could have been overemphasised in the extremely tricky conditions that Baku presented. We could yet see Mercedes come back at Ferrari at a more traditional race circuit next time out in Catalunya, but Hamilton’s admission on the package serves as a bookend in the era of absolute, unchallenged Mercedes dominance. 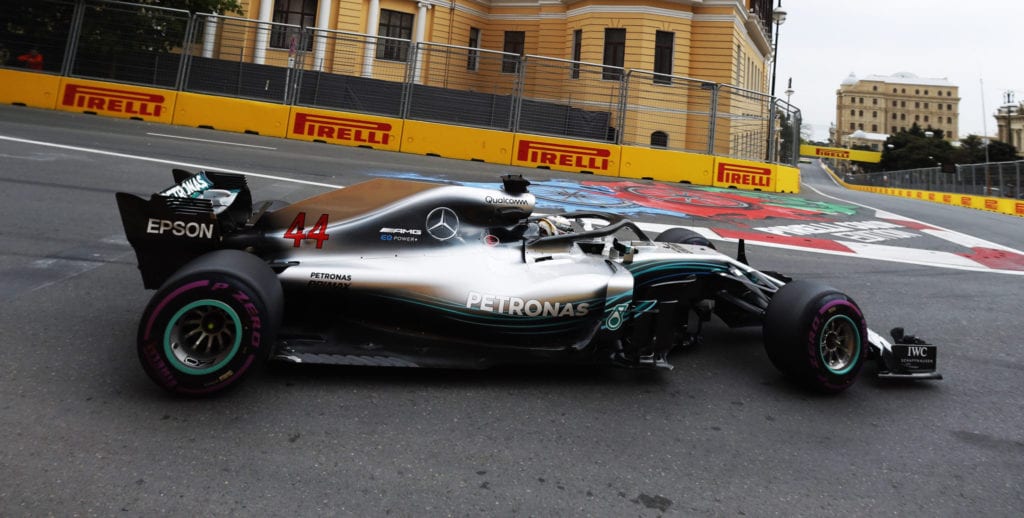