Hamilton Finally Takes A Pole At Suzuka With A Record Lap

Lewis Hamilton dominated qualifying in Suzuka as other drivers struggled to even come close to beating his times.

Unsurprisingly the ridiculous pace of the 2017 cars saw the track record get absolutely shattered. Hamilton’s pole time of 1:27.319 was 1.6 seconds faster than the previous best, set by Michael Schumacher in 2006.

One thing that is surprising is that this is actually Hamilton’s first pole at Suzuka – an amazing stat, considering he now has 71 of them!

Valtteri Bottas qualified second, but will drop down the order following a five pace grid penalty for a gearbox change, promoting Sebastian Vettel to the front row. However Bottas completed his Q2 run on the soft compound tyre, meaning he’ll be on a very different strategy to his rivals in the race, which should be interesting to watch unfold.

After Bottas’s penalty the Red Bull’s will lock out row two, with Daniel Ricciardo managing to outqualify his teammate for only the fifth time this year.

Kimi Raikkonen had a few issues in the run up to qualifying and he could only manage sixth. Like Bottas, he too will be taking a penalty for a gearbox change, dropping him way down into the midfield. Still, if anyone is used to charging through from the back at Suzuka, it’s Kimi.

The two Force India’s (Esteban Ocon ahead of Sergio Perez), Felipe Massa, and Fernando Alonso completed the top 10, though Fernando will drop to the back thanks to a 35-place grid penalty for an engine change, Honda staying true to form at it’s home circuit.

#F1 – Find out the full results of the qualifying session of #JapaneseGP🇯🇵 pic.twitter.com/2JeFfmfyca

Hamilton’s massive qualifying pace makes it look like he’ll run away and hide in the race tomorrow, but Ferrari and Red Bull are generally much closer to the Mercs in terms of race pace, which should hopefully mean it’s a closer run thing than it was in qualifying. 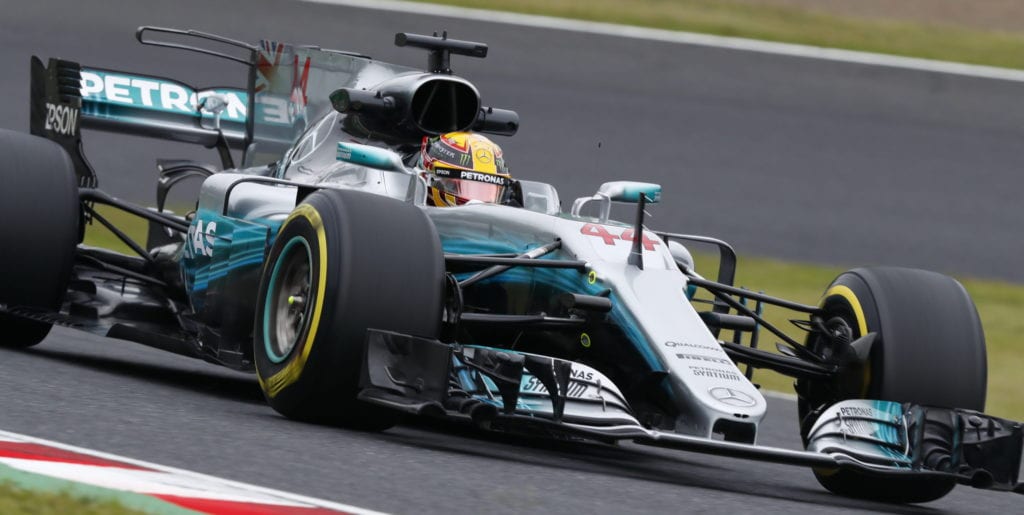