The two went into the first corner side by side but both had a bit of an oversteer moment and made minor contact with each other. Hamilton messed up his entry into Turn 2, causing Max to have to take evasive action, dropping him back and causing Hamilton to lose a place to Carlos Sainz.

It was a plain racing incident between two drivers racing hard on the opening lap, leaving just enough space and not an inch more. However, in the press conference after the race, Hamilton took the opportunity to make a few comments about Verstappen’s driving when asked whether he has a different approach to racing different drivers. If you’re a fan of subtext then sit back, because there’s plenty here.

“I think every driver is slightly different. Some are smarter, some are very smart-aggressive and some are silly with it. Through those experiences of racing with people you give some more space and others you don’t have to, they’re quite respectful. But yeah, Max… it’s very likely you’re going to come together with Max if you don’t give him extra space so most of the time you do. But as I said, in my experience [of the start] I didn’t have a lot of space to give him extra space, so… I don’t think it was intentional or anything like that; he’s a magnet for those kind of things. But I managed to keep the car in a straight line, fortunately.”

Sebastian Vettel then made the whole situation funnier by saying “Yes and yes” before he could be asked a question. When requested to expand on that, he simply added, “Copy paste. It’s true!”

Yeah, we’re not going to deny that Verstappen’s aggression does mean he generally gets involved in more incidents than some of his rivals. And I’m not going to say that the opinion of two of F1’s greatest drivers is invalid. In general, perhaps that makes it easy to dump the blame on him in situations like this, but it seems harsh to say his driving was in any way bad in this particular case.

Sky F1 pundits Paul di Resta and Jenson Button (who have a reasonable amount of racing experience between them) both agreed that Max hadn’t done anything wrong and that if anything, Hamilton’s mistake was what caused them to both go off. Perhaps Hamilton hasn’t had a chance to have a good look at the footage yet, because they seem like unnecessarily harsh comments for such an incident. After all, Verstappen does have a reputation – even though this year he’s done a huge amount to improve it.

Will Verstappen be annoyed by the comments of his peers? Unlikely – if anything, hearing that Hamilton tends to give him a bit more room than others will probably bring a bit of a wry smile to his face… 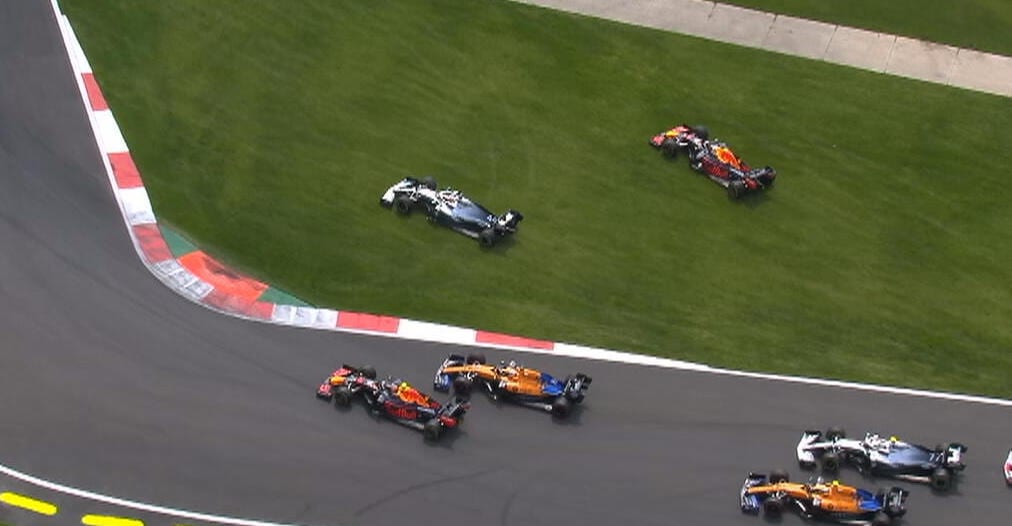