Hamilton Has Been Given A Fine For Undoing His Seatbelt After The Race – WTF1
Skip to content
×
Formula 1 , News , Penalties
2 comments

Race winner Lewis Hamilton has been handed a €5,000 fine for a breach of regulations involving his safety belts. The financial sanction also includes an additional €20,000 which is suspended through the end of 2022.

The seven-time champ drove an exceptional race around Interlagos earlier today, going from tenth to take victory, however, it’s been revealed that “undid his seat belts on the in-lap at the end of the race”.

“While the Stewards are sympathetic to the desire to celebrate, it is fundamentally unsafe to undo the seatbelts while the car is in motion. Slow speeds in these cars are very fast for an unrestrained occupant. Further, F1 drivers set the example for junior categories. It is critical that junior category drivers learn the importance of using all the safety devices of the car at all times.”

He keeps his race win 🏆

As Appendix L Chapter III Article 4 of the FIA International Sporting Code (use of safety belts) states, “Drivers must be properly restrained in their seat by safety belts in conformity with the technical regulations for the vehicle concerned, at all times during a competition when it is mobile on a circuit, pit lane, special stage or competition course.”

Safety belts have been undone before. Hamilton has been previously called out by other drivers for removing his belt early on a slow lap to celebrate and wave to the crowd. During the 2017 Japanese Grand Prix Driver Briefing, Romain Grosjean raised the issue with the FIA.

It was suggested that Charles Leclerc even drove back to the pits after the 2020 Spanish Grand Prix with his belts undone as he thought he’d retired, but no further action was taken. 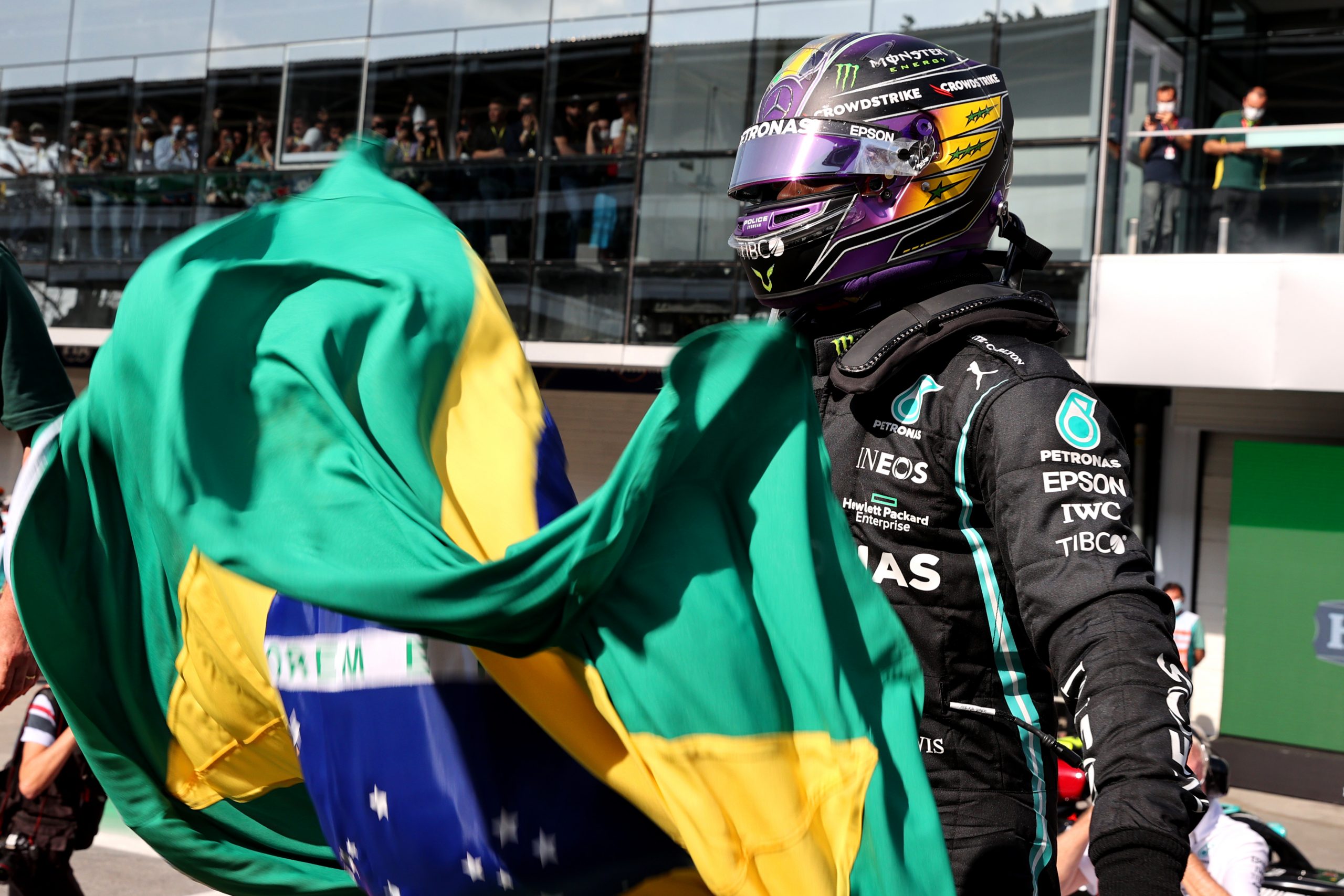