Hamilton Has Been Given A Grid Penalty For Blocking Raikkonen – WTF1
Skip to content
×
Formula 1 , News

Hamilton Has Been Given A Grid Penalty For Blocking Raikkonen

Hamilton had just come out of the pits while Raikkonen was on a hot lap. When Hamilton realised the Alfa Romeo was coming he attempted to get out of the way and head to the run-off area as quickly as possible, but the damage was done – Kimi had lost ground and displayed his dissatisfaction with the age-old response of a cheeky middle finger.
After taking a look at the incident, the stewards have decided that Hamilton was at fault, saying and given the Brit a three-place penalty, dropping him behind Max Verstappen, Valtteri Bottas and Lando Norris to fifth on the grid. Hamilton took to Instagram stories straight away to share his feelings, saying:

“Totally deserved the penalty today and have no problem accepting it. Was a mistake on my behalf and I take full responsibility for it. It wasn’t intentional. Anyway, tomorrow is another day and an opportunity to rise.”

Raikkonen still made it through to Q2 and indeed Q3, where he ended up seventh and will start alongside Hamilton in sixth thanks to Kevin Magnussen’s penalty.

Another driver to get penalised for impeding was George Russell, who completely annihilated Daniil Kvyat’s lap at the end of Q1, with the Russian just thankful that it didn’t result in an enormous accident. Like Hamilton, he also has a three-place penalty, plus a penalty point on his licence.

UPDATE: Turns out Hamilton will actually start fourth, and not fifth. This is because his penalty gets applied before Magnussen’s. 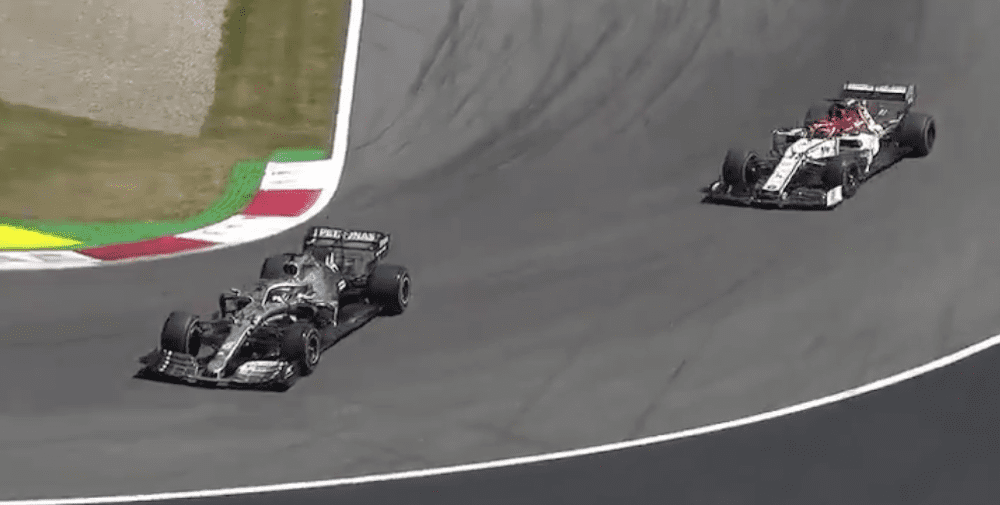