Hamilton Has Blamed Sirotkin For Being “Disrespectful” On Track – WTF1
Skip to content
×
Formula 1 , News

Hamilton Has Blamed Sirotkin For Being “Disrespectful” On Track

From the moment the replay was shown, it looked for all the world like Hamilton had just booked a one-way ticket to the stewards’ room – destination: penaltyville.

Then it turned out that Sirotkin wasn’t actually on a fast lap, which of course changes the context somewhat. Still, as Hamilton’s driving had caused Sirotkin to take evasive action, you’d at least expect an investigation, yet surprisingly, stewards appear to have ignored the incident.

“Everyone was on an outlap. Me, Sergey and everyone in front of me. Valtteri [Bottas] was ahead of me and he was backing off to get his gap so I had to back off. I was making sure I had the gap but then all of a sudden I saw a car coming at high speed and I was like: ‘Oh my God. Is that someone coming on a lap?’ So I went left, but he was going left. But he wasn’t on a lap, so I don’t know what his thinking was.

“We all know to keep a gap. It was generally quite a disrespectful move. It was dangerous between us both. I was trying to get out of his way and then he got to the corner and slowed up. It was kind of strange. It was completely unnecessary because behind him there was a bit of a space so ultimately his lap and my lap weren’t great so hopefully he can learn from it.”

It’s slightly odd of him to call it disrespectful as Sirotkin is entitled to prepare for his lap in whatever way is best for him and his car. Ultimately it’s probably more a case of miscommunication by both teams failing to properly inform their drivers of what’s going on around them.

What looks less good for Hamilton is that shortly afterwards he did a similar thing when he lazily drifted across the track and forced Kimi Raikkonen to take an unusual line while on a fast lap. It barely made any difference but again, it’s unusual that he’s not even under investigation, despite questionable driving in both incidents.

But even if he was investigated, should he be penalised? Given that Sirotkin wasn’t on a fast lap and Kimi’s lap was hardly affected at all, probably not. The Sirotkin incident could have been nasty though, and his driving did lead the Russian to put two wheels on the grass at high speed in avoidance. Reprimand-worthy, perhaps? Let us know what you think in the comments. 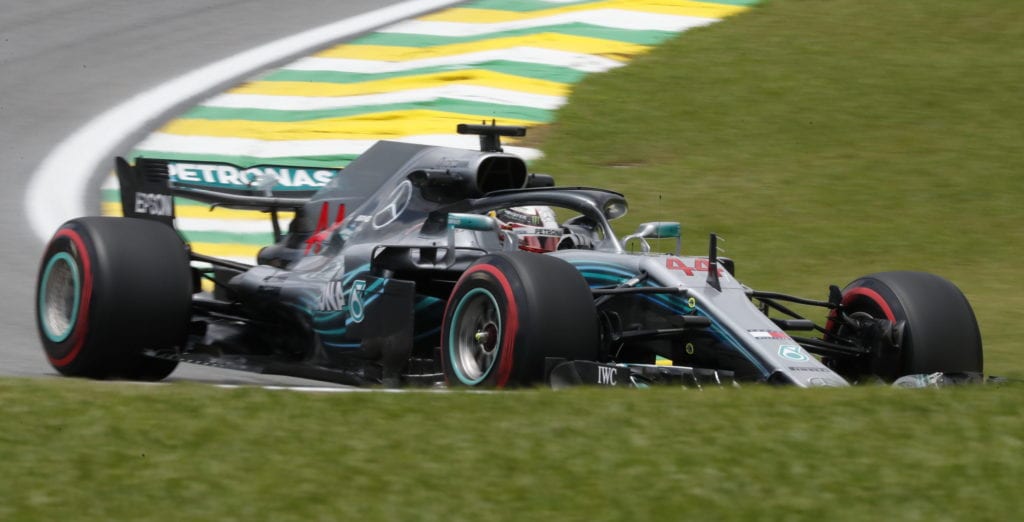