A noted wildlife lover, Hamilton has (like many of us) been incredibly moved by the tragic events of the bushfires in Australia and has donated $500,000 to charitable causes – Wires Wildlife Rescue, WWF Australia, and the Rural Fire Services. 26 people have lost their lives to the fires so far and over 2000 homes have perished while the effect on the animal population is staggering – an estimated 800 million animals have been killed by the fires so far.

As well as making the sizeable donation, he also took to Instagram to implore others to do what they can.

It saddens me deeply to know that over 1 billion animals in Australia died a painful death, no way out, not their fault. My love of animals is no secret and I can’t help but grieve for the defenceless animals thought to have died so far, pushing certain species closer to extinction. I’m lucky enough to visit Australia often and I know first-hand how beautiful the country is. Keep fighting Australia. I’ve spent some time speaking to people in Australia who are working at the heart of this and I’m filled with admiration for everything they are doing. I implore you to join me in thinking about the impact we are having on our planet. Let’s work together to make small changes, and encourage our family and friends to do the same, so we can help shift the direction we’re going in. I’m donating $500K to support @wireswildliferescue @wwf_australia and the Rural Fire Services. If you are able and haven’t already, you can donate too. Every little helps. Animals: @wireswildliferescue @wwf_australia Rural Fire Services: @nswrfs @cfavic @rfbaq @dfes_wa @cfsfoundation #TasmanianFireService #PrayingForAustralia

Unsurprisingly, given the scale and severity of the fires, Hamilton isn’t the only name in the world of motorsport to express their concerns.

I LOVE my animals and I love my country and its fighting spirit. At the moment the devastation the fires are causing is horrific. I’ve been extremely touched by the contact from friends all around the world checking in and asking how they can help. @wireswildliferescue is a great place to start if you’d like to contribute. 🙏

You know what’s happening in Australia & millions of animals have died, which breaks my heart. V8 legend Scott McLaughlin inspired me to get involved & I’m auctioning off my '19 Bathurst 1000 helmet. Proceeds go to WIRES Wildlife Fund. https://t.co/oLcy6BqelS pic.twitter.com/bK7GTbfHzD

Absolutely heartbreaking to see what is happening right now with the tragic bush fires back in Australia. I'm donating to help those affected, and supporting everyone fighting so hard on the front lines. If you're able to, I encourage you to donate as well. #AustraliaFires pic.twitter.com/L6pe23zJ9n

As unimportant as it may seem, there have already been questions as to whether or not the fires will affect the season-opening Australian Grand Prix on 15 March. F1 has said that it is monitoring the situation – in particular, the smoke and toxic fumes, which have caused the air quality to reach unhealthy levels.

Last year’s WRC round in Australia was cancelled due to the fires and even though it’s still a couple of months away, there’s a chance that the same could happen to the Grand Prix – though organisers are insisting that the race should still be able to go ahead. 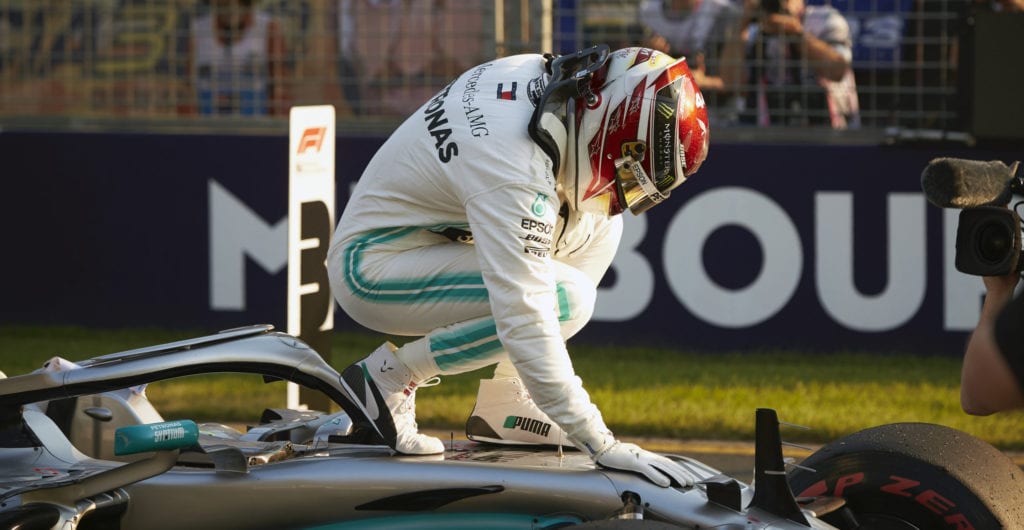