Hamilton Has Explained His Reactions After The British GP – WTF1
Skip to content
×
Formula 1 , News

Hamilton Has Explained His Reactions After The British GP

Two things Hamilton did after the race caused a bit of a stir. First, he walked out of parc fermé without giving an interview. As a result, Martin Brundle (amusingly) intercepted him on the podium, where Hamilton then referred to Ferrari’s “interesting tactics”.

It was a pretty understandable reaction from someone who’d had a bit of a difficult race, but he ended up copping quite a bit of flak for both things. Once the adrenaline had worn off and things had calmed down a bit, he used his Instagram stories to explain what his actions.

First, he said that he didn’t give an interview because he was so knackered from the race:

Then, he accepted Kimi Raikkonen’s apology for the collision and implied his “interesting tactics” comment was “dumb”:

Then came a bit of self-criticism which took a slightly bizarre turn:

Hamilton wasn’t the only one apologising for his remarks. Toto Wolff and James Allison also questioned whether Kimi’s move was “deliberate or incompetence” which, given their roles with the team, was probably even more shocking than Hamilton’s reaction.

Wolff later admitted that he shouldn’t have said it, though, telling Eleven Sports: “My statement about the possibly deliberate act of Ferrari at the start of the race was stupid”.

It’s good to see the team apologising so soon afterwards, but it makes you wonder: is Mercedes starting to crack under the pressure? 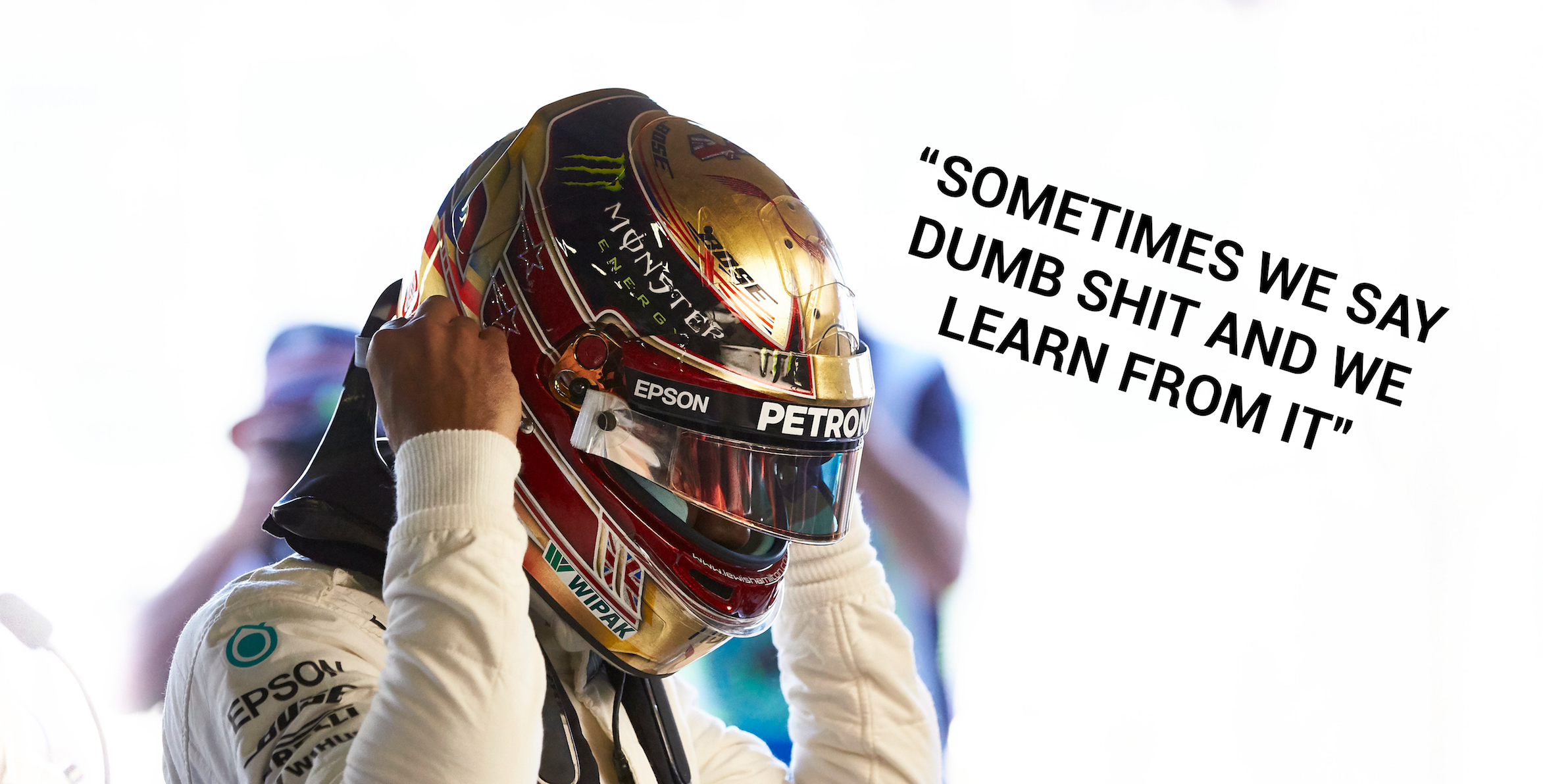