Hamilton Has Played Down The Magnitude Of Vettel’s Mistakes – WTF1
Skip to content
×
Formula 1 , News

Hamilton Has Played Down The Magnitude Of Vettel’s Mistakes

Hamilton profited from another high-profile Vettel mistake in Bahrain as the two scrapped for second place on lap 38. Little did anyone know that eight laps later that duel would become decisive in the outcome for the win, as Vettel’s Ferrari teammate Charles Leclerc suffered a crushing cylinder failure and haemorrhaged time to Hamilton, ceding a certain race victory.

Vettel’s woes were compounded by the resulting flat-spotted tyres causing a vibration that dislodged his front wing and sent it underneath his car in a bizarre incident that looked like something out of Back To The Future. The German recovered to fifth but already has a 22-point deficit to Hamilton, who lies one point shy of championship leader and Mercedes team-mate Valtteri Bottas.

With 2018 still fresh in the mind, Vettel came in for colossal criticism in the immediate aftermath – many believing that 2019 could be the same story. But Hamilton provided a defence for his rival, saying that his plentiful array of good performances should not be discarded from the memory. He told Autosport:

“It’s not that it plays on your mind, it happens to all of us. Just because you’re a four-time champion doesn’t mean you’re not going to have off-weekends. It’s more cumulative. If you look at Vettel’s career he’s had stunning performances that far more outweigh the weaker races, and when he’s spun for example, they are minuscule on the status that he’s accumulated and created.

“There are always times where you happen to just not get the right car set-up. You guys don’t get to see all these little things that we’re doing, and it just doesn’t happen to work that weekend. And the differences are so small, and yet they look so big.”

Hamilton added that car performance and feeling can alter on a race-by-race basis, even daily over the course of a race weekend; a point particularly pertinent after a difficult Bahrain weekend for the whole field in difficult and windy conditions.

The five-time champion said that Vettel has more than enough ability and fortitude to recover from his error so early in the championship, calling it “one of those” days.

“I don’t know why their car was so different in pace, but I remember, looking back on me and Nico [Rosberg], we would be in Barcelona, we were quick in testing, and then there were massive differences in the car in the race, and you’re literally just driving with your hands behind your back, and you’ve got no grip. Then another race, it’s the other way. I don’t know why it happens, but today it was one of those for him. But he’s a world champion and a great athlete. He will recover and keep pushing.”

Do you agree with Hamilton, or have a number of pivotal errors at Ferrari shown us that Vettel has lost the edge and mindset that helped him dominate Formula 1 with Red Bull at the start of the decade? 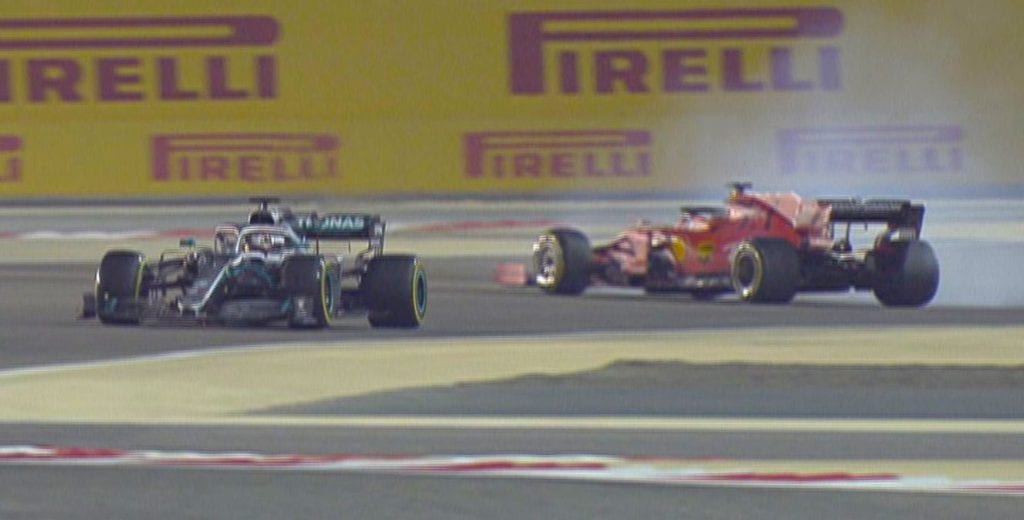