Hamilton Has Questioned Vettel’s Tactics Behind The Safety Car

Another year, another safety car controversy between Hamilton and Vettel in Baku. OK, so this is nowhere near as dramatic as Vettel purposefully hitting the Mercedes driver like last year, but Hamilton has questioned whether what Sebastian was doing this year was correct.

He feels the Ferrari driver was erratically changing his speed as he was preparing to restart the race, which is against the regulations. He said:

Lewis went on to say that it’s not the first time Vettel has done it this year and that he’ll be speaking to race director Charlie Whiting about clarification over what is and isn’t allowed.

“In Australia he accelerated and braked and I nearly went into the back of him and [in Baku] he did it four times and I need to speak to Charlie, because I don’t understand. I understand he passed it to the stewards but they didn’t do anything. They supposedly said everyone was doing it. But we’re the leaders and it cascades down, what the first car does everyone does the same thing.

“That now sets a precedent, and it means everyone who is leading under a safety car can start-stop, start-stop. I need to get it rectified when I have the briefing next because clearly they don’t care about it. And if that’s the case we will see more of it. I will expect it from him next time and I will try to prepare.”

The rules specifically outlaw erratic manoeuvres which can endanger other driver or impede the restarts, so whilst Hamilton wasn’t happy with what Vettel was doing, it seems race control were happy that he wasn’t being unduly dangerous.

That’s the view of Charlie Whiting, anyway, who said he looked at Vettel’s restart and saw nothing wrong with it.

“There was a little bit of a complaint from Lewis that [Vettel] was not going at a constant rate. But then when you look down through the field quite a few places where that happens so I think to expect them to all go at one speed doesn’t seem to happen. As long as no one does anything that’s obviously dangerous then I think we’re happy with what happened and I think he did control it rather well.”

Hamilton isn’t buying it though and said that allowing Vettel to get away with it will set a precedent that allows drivers in all FIA series to take risks when restarting races.

Hmmm. We suspect this issue may crop up again in future… 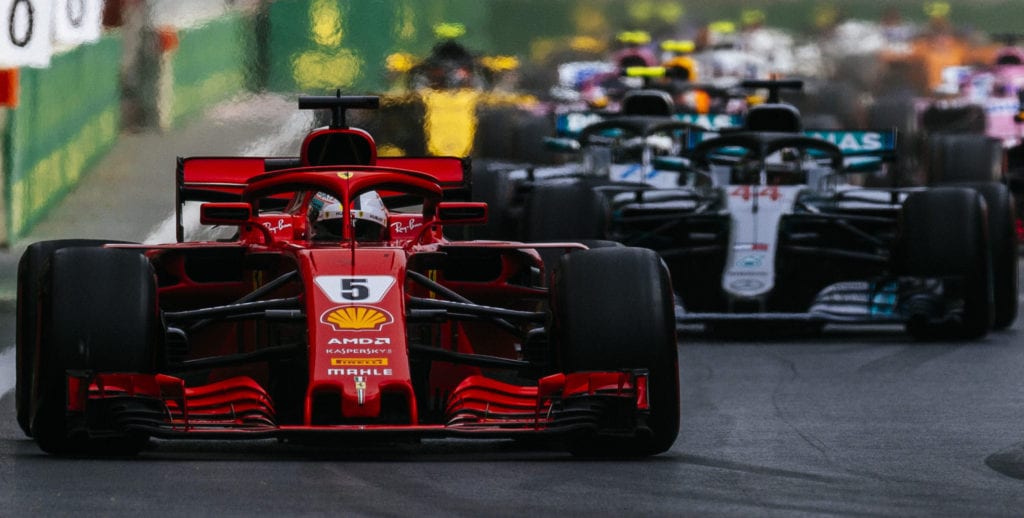