In a Formula 1 title battle, every point counts. But, that didn’t stop Hamilton from sticking with his promise and swapping positions with Bottas on the last lap.

Bottas had held third place earlier in the race but Hamilton was quicker, so Mercedes let them switch places to try and take the fight to the Ferraris.

Hamilton moved ahead of Bottas, but promised to give the spot back if he couldn’t get ahead of Kimi Raikkonen and leader Sebastian Vettel.

As it turns out, he couldn’t get ahead. But, Max Verstappen was closing on Bottas. So, it gave Mercedes a tricky decision to make.

In the end, Hamilton kept his promise, backed off considerably on the last lap and let Bottas through at the final corner – just holding off Verstappen, too.

He told media after the Hungarian GP:

“Hopefully the way I drove today, and how I behaved at the end, shows that I am a team player and a man of my word.

“Slowing down seven seconds was tough and I was nervous about losing a place to Verstappen but fortunately I didn’t.

“It’s tough in the championship but I’m a man of my word. I hope we don’t lose the world championship by anything more than three points.

If he does lose the championship by three points, that’ll be an even more crushing blow than it already is.

But, there’s still a long way to go this season, so, let’s see what happens. 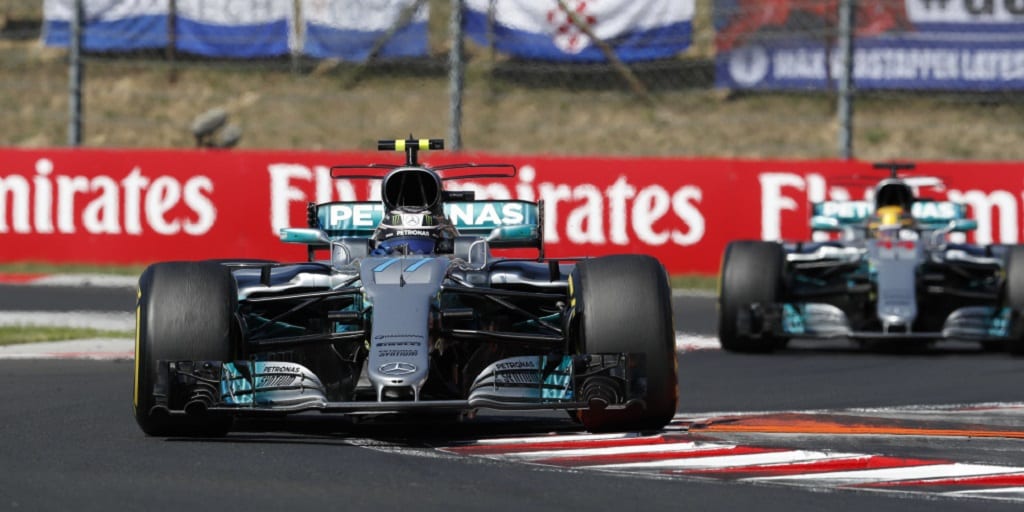