Hamilton Is Already Worried About His Championship Hopes

For the second weekend in a row, Hamilton had a fairly underwhelming race and could be thankful to have finished as high as fourth. Even though there are still 18 races to go this season, the two bad races and the fact Mercedes has yet to win has got him worried about his chances of winning world championship number five.

“Who knows what this season holds, but if it continues this way it is going to be very tough to win the championship. We under-performed in qualifying and the race was a disaster on my side of the garage.

“It has not changed my thinking about the season, and my goals are obviously still the same, but it is clear from this weekend that we are not the quickest. We are the second or third fastest team at the moment so we have got some improving to do, but that is not impossible.”

It’s probably a little dramatic to say that Mercedes is only the second or third quickest. Sure, Ferrari looks to have a car that’s good everywhere, but whilst Hamilton may have had some duff weekends, Valtteri Bottas was looking set to win China until the safety car, and also had a chance to win in Bahrain.
What may give him a boost (bizarrely) is that Toto Wolff reckons Hamilton was having one of his occasional ‘off’ weekends and doesn’t expect him to be struggling this much as the year goes on:

“Like the car, he was maybe not in the best place this weekend. He’s the best driver in my opinion, but also the best ones have days when it’s just not 100 per cent. And if underneath you have a car that’s not performing as expected, and tyres that are not doing what you think they should do, and then the strategy goes against you…”

It’s way too early to be writing Hamilton off – just a few weeks ago in Melbourne the pair was looking like an unbeatable combination and we all feared another season of dominance. Thankfully it looks like that’s no longer the case, but Hamilton – and Mercedes – will almost certainly have some strong weekend and remain a factor in the title fight, all the way until Abu Dhabi. 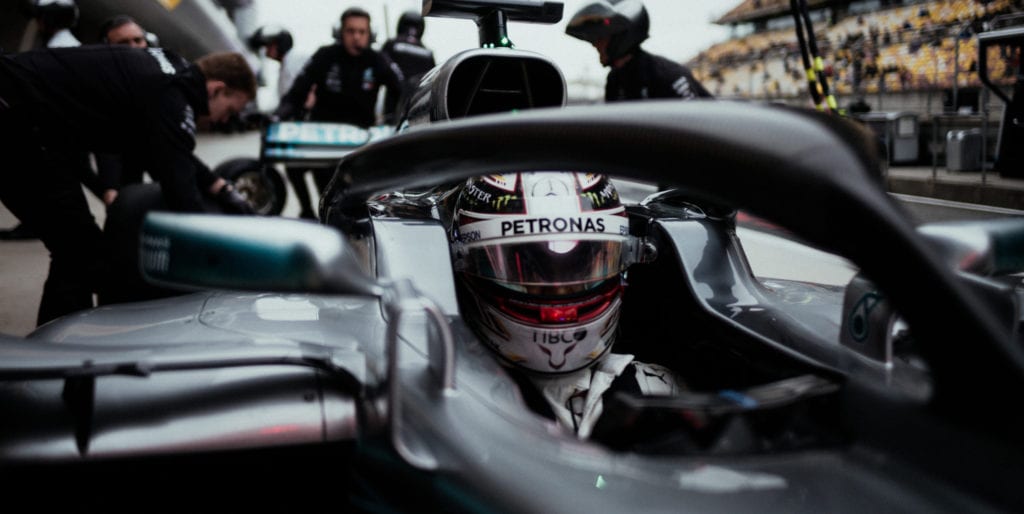