Hamilton Is Going To Have “Tough Discussions” With Mercedes After Worst Qualifying In Years – WTF1
Skip to content
×
Formula 1 , News
3 comments

Lewis Hamilton had his worst qualifying since Hockenheim 2018 today in Monaco, where he starts in seventh. He said afterwards that he is going to hold “tough discussions” with Mercedes and thinks his only chance of a win is with some rain.

Lewis starts in seventh behind the Ferraris, championship rival Max Verstappen, his teammate Valtteri Bottas, Lando Norris and Pierre Gasly. Far from ideal, but it’s because he simply couldn’t hook up the car up all through Saturday’s runnings in Monaco.

At Hockenheim 2018, he started 14th, but that was because his car broke down. You have to go back to Brazil in 2017 for a race where he started lower because of his own on-track performance. Big yikes.

Just didn’t click for LH today. But you don’t become a 7x Champ without some 𝗕𝗜𝗚 Sunday drives. ✊ pic.twitter.com/bN3ZtBjdYQ

“There will be some tough discussions that I’ll have with my engineers tonight or maybe after the weekend, as there are things that should have been done which haven’t been done,” Hamilton explained after qualifying. “We’ll learn from it and come together stronger in the next race.

“It’s a little frustrating, but it is what it is. I can’t really say too much about it. At the end of the day, this is a team. I don’t want to be critical of the team, but behind closed doors, I will be. We’ve got to work harder.”

The Mercedes team made big setup changes heading into Saturday, which didn’t pay off, and they made more before qualifying. They worked better for Valtteri Bottas, who was able to fight for pole and will start in third. But for Lewis, the car just wasn’t to his liking.

“We did lots of changes to the car after FP3, as [it]was a disaster. That was from work done over the last day or so—completely wrong direction, completely missed the ball.

“[We] made some changes to try and take steps backwards and move the car into a different place, and the car was worse than ever. We really lost our way on Thursday.”

Charles Leclerc is set to start on pole with Lewis’ championship rival Max Verstappen in second. Lewis has a 14 point advantage in the standings but based on qualifying, it’s a case of damage limitation tomorrow.

“Saturday is the day. That, for sure, puts the win out of reach. But the minimum would hopefully be seventh, and then we’ve got to see how we can move forwards.

“I’m hopeful it could rain, I don’t think it will, but it would be nice if it did.”

Where do you think Hamilton will finish in the race tomorrow? 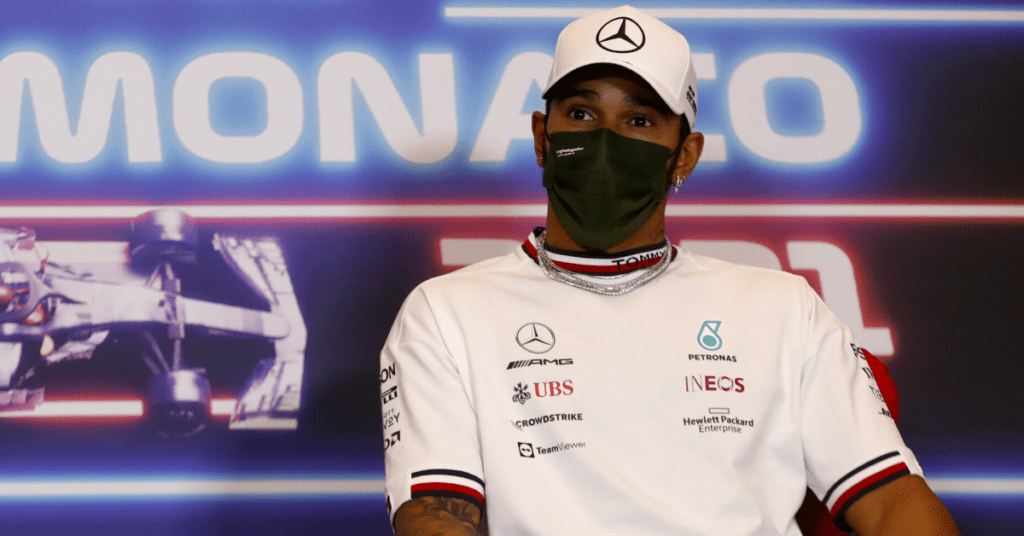