Hamilton Is Handed Victory In Bahrain As Ferrari Implodes

On paper, Leclerc’s first podium – just two races into his second season and in his second race for Ferrari – should have been a glorious moment. But his third place in Bahrain is a case of what might have been.

After a slightly rough start which saw him drop to third, Leclerc made short work of Valtteri Bottas and then set off after his teammate. A few laps later he was past Vettel too and was comfortably on his way to his first win until, with a dozen laps to go, he reported a loss of power. Hamilton quickly caught and past him, as did Bottas, and it looked like he was going to lose third to Max Verstappen, too, until a late safety car at least gave him a bit of good luck and allowed him to hang on to a podium.

Vettel spent plenty of time in second but spoiled his own chances with a throwback to last year – while battling with Hamilton after their second pit stops, Vettel got a bit too happy on the throttle and spun… again. The resulting flat spots on his tyres then caused such heavy vibrations that his front wing broke and in the end he ended up a distant fifth.

While it was a great race up at the front, the midfield was utterly bonkers, with multiple drivers looking like they were capable of taking the ‘best-of-the-rest’ honours. Towards the end Nico Hulkenberg established himself at sixth until, with a few laps to go, his Renault had some sort of failure. Then – at almost exactly the same time and at the same corner – Daniel Ricciardo suffered the exact same fate and caused the race to finish behind the safety car.

Sixth place therefore went to Lando Norris, scoring the first points of his career, with Kimi Raikkonen a solid seventh. Pierre Gasly was a somewhat anonymous eighth on a weekend to forget ahead of Alex Albon (also grabbing his first points) and Sergio Perez rounding out the top 10.

After looking quick all weekend, Haas had a race to forget. Romain Grosjean retired with damage from a first-lap clash with Lance Stroll while Kevin Magnussen just seemed to lose pace and ended up way down in 13th. Carlos Sainz was also unlucky – he made contact while battling Verstappen early on, which left him at the back for most of the race, from where he eventually retired.

Though Mercedes was more competitive in the race than in qualifying, this was a race that Ferrari should have won. And yet, through a combination of unreliability and driver error, Mercedes is the team extending a comfortable championship lead rather than heading to China neck and neck with the Scuderia. It’s a long season and we’re only two races in, but the early signs for Ferrari aren’t good.

None of that matter for now though, because the heartbreak for Leclerc dominated everything. For any driver to lose a win late in the race because of a technical issue is horribly unfortunate, for it to happen to someone on the way to their first win is utterly galling. Like Hamilton said to him after the race though – he’s got many more victories ahead of him. Maybe next time out in China he can grab that first one… 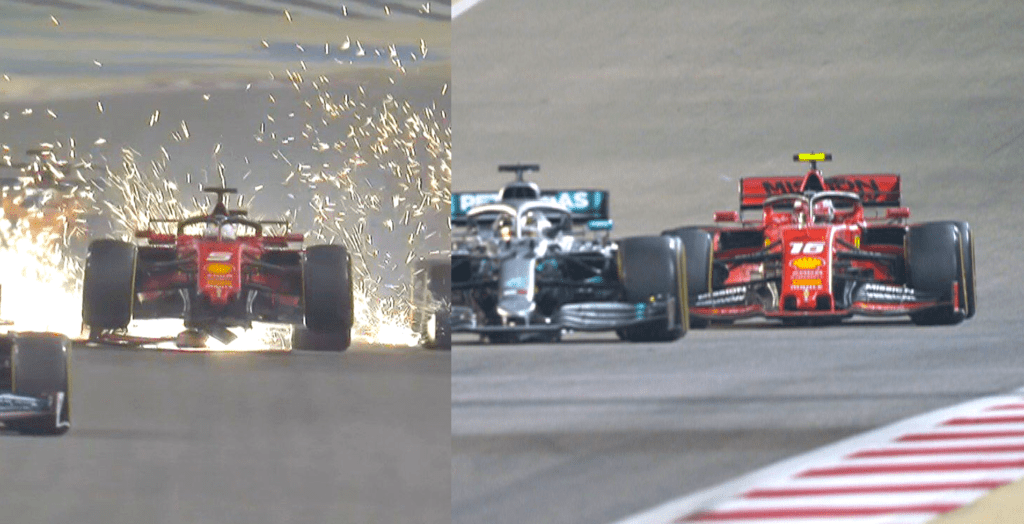