Hamilton Isn’t A Fan Of Winning Races Through Team Orders

You can completely understand why Mercedes swapped its drivers around. Valtteri Bottas has no chance of winning the title. Hamilton does and with championship rival Sebastian Vettel incredibly close behind – and driving a car perhaps slightly better on its tyres – the team made the call.

It’s not the way Hamilton would have wanted to win and after the race he was respectful of the way things had gone, praising his teammate’s efforts.

“It is actually quite a difficult day because Valtteri did a fantastic job all weekend and was a real gentleman to let me by. Obviously he is now not fighting for the championship and it has been such a great weekend for the team. The team did such an exceptional job to have this advantage on Ferrari and have a one-two, and usually we would be elated.”

Hamilton emphasised Bottas’ performance and hoped that he could get some good results before the end of the season:

“I can understand how difficult it was for Valtteri today and he deserved to win. But championship-wise, as a team, we are trying to win both championships, and I think today was a real team effort. While it doesn’t feel spectacular, I know he is going to do great in the following races to come.”

The ‘team effort’ part is key. You’d never have expected it, but Mercedes has been far more willing to impose team orders when necessary that Ferrari has. Think of all the times Kimi Raikkonen’s race engineer has hinted for him to do something to benefit Vettel and dragged out the process for laps, almost like they think team orders are still banned. A hangover from the negative reaction from previous Ferrari team order episodes? Perhaps, but it’s one area where the Scuderia has surprisingly been lagging behind this season.

Toto: "We should be over the moon with a 1-2 and fundamentally we are. But we also feel that it went against Valtteri – it would have been a race win for him and we changed it.” 🇷🇺 #RussianGP pic.twitter.com/Pq81tBh8ZV

Bottas’ reactions on team radio (especially the one near the end when he asked if the race order was going to stay the same) suggest that he wasn’t entirely expecting to have had to give up the win, however. After the race he remained professional but you just know that he isn’t at all happy with the way things worked out. He said:

“A difficult day. Obviously a good result for us as a team. We got maximum points, but personally as everyone says, quite a difficult race. For sure we always go through all the scenarios and all the facts. Lewis is now fighting for the championship and we are fighting for the constructors. We always have a plan but today it is always difficult to predict what will happen in the race and how it is going to go.”

Nobody likes team orders but as we’ve seen in the past, banning them completely just doesn’t work. If anything, it just made situations even worse. Thankfully, scenarios where drivers are forced to give up wins are incredibly rare and given the way Mercedes operates, it wouldn’t be surprising to see Hamilton giving Bottas this win ‘back’ if possible later in the season. 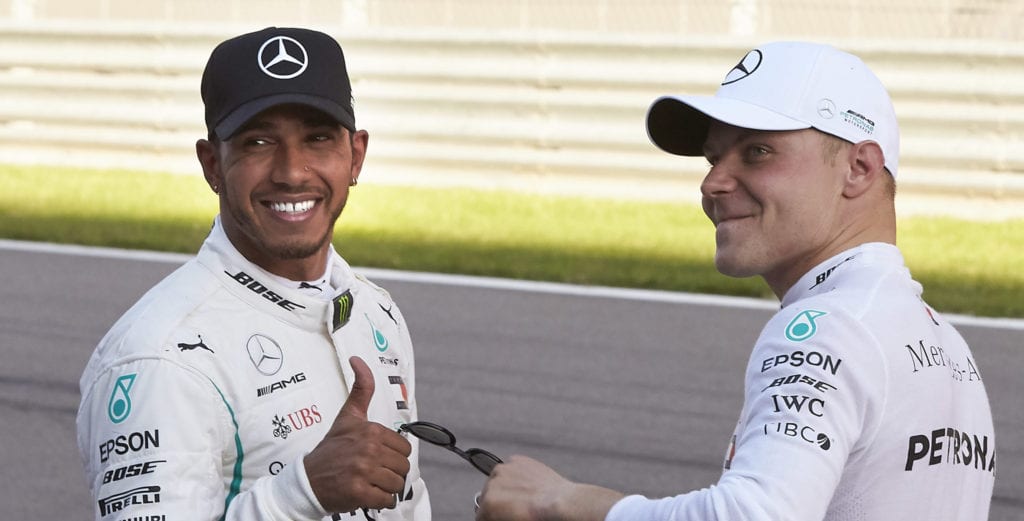