After a solid start to its winter testing programme in Barcelona, the Ferrari hype train has left the station. Again. Sebastian Vettel topped the leaderboard on the first day and new signing Charles Leclerc managed to best the German’s time when he made a first assured appearance in the SF90 on day two.

Mercedes, meanwhile, has been more conservative in its approach – the morning runner focusing on gathering aerodynamic and tyre data, while the afternoon driver looks at how the new-for-2019 W10 reacts to different set-up changes.

It’s expected that this is partnered with high fuel loads and a lower energy deployment setting, contributing to both Hamilton and team-mate Valtteri Bottas failing to make the first page of the timing screens on day three.

This is nothing new, with the infamous Mercedes “sandbags” flying off just in time for Saturday afternoon in Melbourne. Speaking to the press on the third day of the test, Hamilton said that Ferrari’s early showing looks impressive, but he has come to expect that from the Italian team.

“Ferrari are very, very strong right now. As you have seen, they are racking up great mileage as well and it appears that they have a better package than they had last year, which means it is going to be even more of a challenge for us this year.

“Ferrari always looks particularly strong, for the last few years they have looked very strong, so that is to be expected. For us, we are just going about our process and trying to understand, so as I said everyone is working incredibly hard.”

Due to the almost endless variables at play during testing, Hamilton says that looking at anything outside of Mercedes’ programme is an unneeded distraction.

“At the moment I don’t worry about anything. I just try to focus on our job I don’t know what everyone is doing, there are different fuel loads. I have been in this business a long time so I know how it goes over the first and into the second week.

In the last two seasons, Ferrari posed a huge threat to ending Mercedes’ white-knuckle grip on F1 in its modern era, but faded away at the back end of both years.

The size of scalp Mercedes has become for the other teams means that Hamilton not only sees Ferrari, and potentially Red Bull, as a threat – but the team’s previous performance. This is particularly pertinent given the late timeframe for the finalisation of the 2019 regulations, that included sweeping aerodynamic changes.

After Mercedes clinched the constructors’ title at the Brazilian Grand Prix last November, Hamilton said that Mercedes is “continuing to raise the bar” year-by-year and has faith in the team’s ability to continue that trend.

“Right now we are competing against our past selves as a team. We are trying to raise the bar in all those areas. All the engineers at the factory are raising the bar. It has been super impressive to see the atmosphere within the team after all these years of success.

“I have heard from the guys it was probably the most difficult [post-season period], with the rule change once again. But if anyone can do it, I truly believe it is my guys. We are the only team to have won a championship in a crossover of rules situation.”

So, Ferrari appears to be a real threat in 2019. Watch Mercedes take pole in Australia by nigh on seven-tenths. 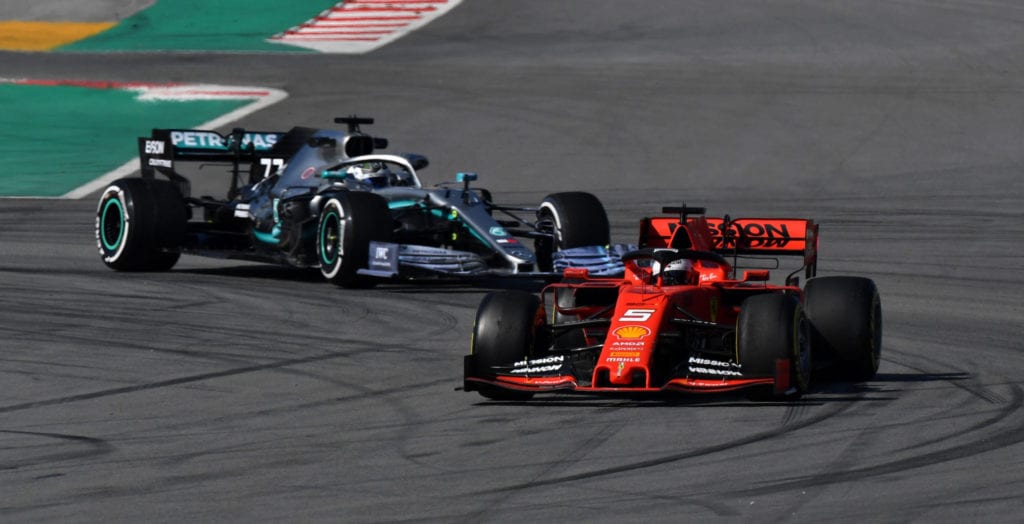