At the end of their first Q3 runs, it was Vettel who was sitting on provisional pole and it looked a real possibility that he might end Hamilton’s run of pole positions at his home race. However, the Mercedes driver responded on the second run to snatch the top spot by a very appropriate 0.044 seconds.

Vettel couldn’t improve on his final run, but Kimi Raikkonen certainly did. He’s always been handy at Silverstone and for a brief moment, it seemed a possibility that he might take a surprise pole. Unlike other chances he’s had this year, however, he didn’t throw it away with a clumsy mistake, but it still wasn’t quite enough and he wound up third, less than a tenth off pole.

Valtteri Bottas was a somewhat distant fourth ahead of the two Red Bulls, Max Verstappen once again ahead of Daniel Ricciardo, though the Aussie had a DRS failure during his Q3 runs which goes some way to explaining the half-a-second gap.

Kevin Magnussen and Romain Grosjean continued Haas’ good form to be best of the rest ahead of the ever-impressive Charles Leclerc, who once again proved his worth my making it through to Q3 – though it must be said that Sauber is looking rather strong this weekend.

Renault had a bit of a miserable day. Nico Hulkenberg will start 11th, which is alright, but Carlos Sainz didn’t just fail to make the top 10 for the first time this season, he didn’t even make it through Q1.

Another person who had a bad session was Stoffel Vandoorne. He too went out in Q1 with a lap which was a massive nine-tenths slower than his teammate and only slightly faster than Sergey Sirotkin, who ended up in the gravel at Stowe at one point after a spin. He at least managed to recover, though – Lance Stroll span off at Brooklands early in the session, got beached, and that was that. He’ll start 19th ahead of Brendon Hartley, who didn’t even make it out after his massive shunt in practice.

Everyone in the top 10 will start on the soft tyre and with the race expected to be a comfortable one-stopper, it doesn’t look like we’ll be able to rely on strategy for a good race. With Mercedes and Ferrari so closely matched, though, we might see some decent on-track action. The start is going to be critical, and with Hamilton and Vettel together on the front row, we wouldn’t bet against a few fireworks… 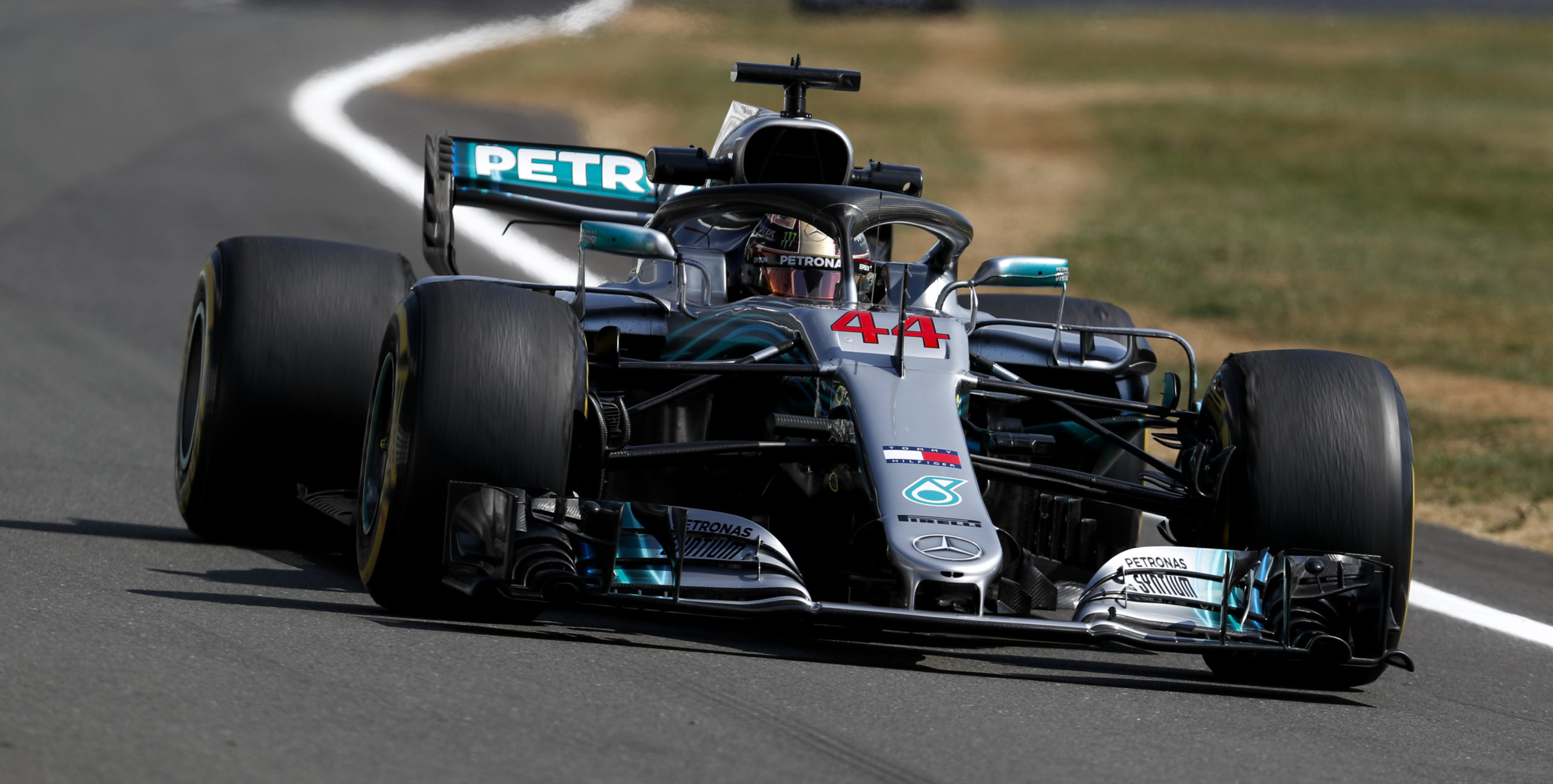