Lewis Hamilton isn’t one to shy away from his emotions and his feelings and while that got him into a bit of trouble in his early days, now he likes to use them as a way to spread positivity. Sometimes it can look a little bit corny, but it’s actually rather admirable for someone with as a big a global following as he does.

His latest Instagram story seems to be a general message about ignoring the bad things people say about you and focusing on yourself:

However, some recent stories would seem to suggest that his message was inspired by someone in particular – Nico Rosberg.

The 2016 champion has been pumping out a lot of content on his channel lately with his opinions and insights. After Max Verstappen took his first pole in Hungary, Rosberg declared him to be the fastest driver in F1, claiming that Hamilton – who’s been outqualified by Valtteri Bottas six times in 12 races this year – is starting to lose his edge because of his age:

“The best age for racing drivers is 30, 31, 32 – and that’s because your ability as you’re getting older slightly decreases, but experience counts so much in this sport. So experience will outdo the small decrease in your natural ability as a human as you get a bit older.

“[Hamilton] is almost certainly a little bit on the decline in his natural human abilities. Possibly we’re seeing that a little bit in his qualifying results this year where Bottas is at least as good as Lewis in qualifying, possibly even on average slightly ahead of Lewis in qualifying this year. So that could be this human body performance decreasing a little bit. But Lewis just has bucketloads of experience so that makes him an unbelievable weapon still.”

“I’ve never seen the blog, I don’t know who follows it, but it has no bearing on anything that I do. I don’t care, everyone has their own opinion. Whether he’s right or wrong, I don’t really care. All you have to do is look at my tally of results over the years, and they kind of speak for themselves. So naturally there will be people that have not had the success that I’ve had, and might want to talk it down, but that’s OK.

“I read a really good book, I think it’s called the Four Agreements. There’s an element in there where it says don’t take anything personally, so when someone says something about you, it’s not actually about you, it’s how they feel about themselves.

“I’m 34 years old but I feel like I’m driving better than ever. Hopefully today you can see that I’ve not lost any speed. Qualifying is not always going to go great, you just have to move on. Races are not always going to go great, the last one [Germany] sucked. But you know what, you move straight on, let it go, there’s nothing you can do about the past, all you can do is try to shape the future.”

It seems something has prompted that Instagram post – perhaps as an addition to those comments, or perhaps he’s now seen Rosberg’s video and felt inspired to double down on his thoughts. Rosberg’s opinions aren’t even critical – it’s a valid hypothesis tempered by him saying that Hamilton is an “unbelievable weapon”.

Despite having spent much of their earlier years racing together and being pretty good friends, the relationship rapidly degraded once they started fighting each other for titles. Rosberg had to do absolutely everything in his power (and have a smattering of good fortune) to beat Hamilton to the 2016 title. In the process of achieving that and then retiring immediately, it seems he got a little bit in Hamilton’s head.

Judging by Hamilton’s comments, it seems he might still be in there. 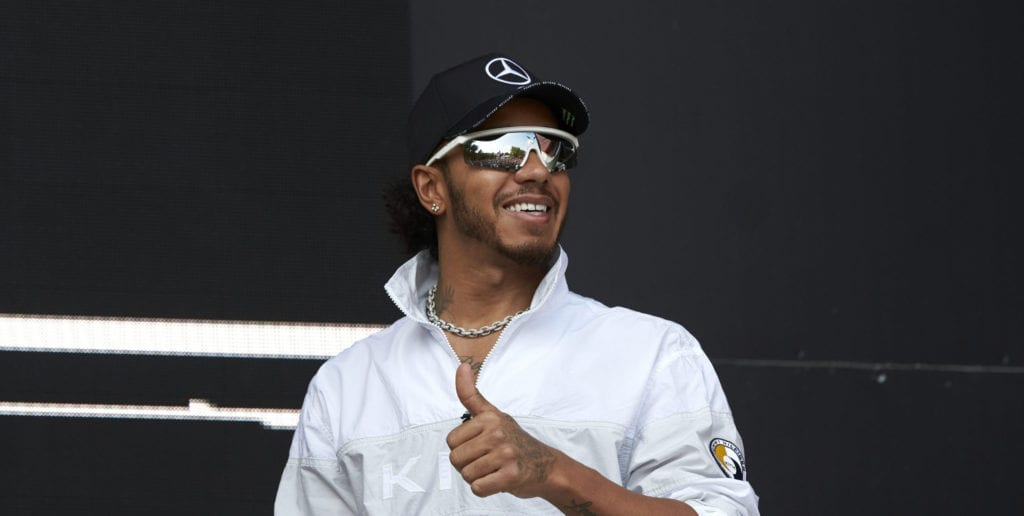