Qualifying so far in the 2017 Formula 1 season has been exciting, to say the least. It’s so good to have two teams that are evenly matched, for a change.

It was three-time F1 champion Hamilton who starred in qualifying for the Canadian GP at the Circuit Gilles Villeneuve, breaking a new record for the fastest lap around the track.

It was close in Q3 between Hamilton and Ferrari’s Sebastian Vettel after the first runs, with the Mercedes driver already breaking the lap record.

But he went even better with his final attempt, finding another three tenths to put in a 1:11.459 and take pole position, lowering the quickest ever lap of the Montreal circuit even further.

The result was also a milestone in Hamilton’s career, as it means he now draws level with his all-time hero Ayrton Senna for the number of pole positions scored.

They’re now tied in second place on the all-time list, behind Michael Schumacher, with 65 pole positions – and he was presented with a race-worn helmet from the Senna family to commemorate the achievement.

It was quite a moment.

Elsewhere in qualifying, behind Hamilton was Vettel and the second Mercedes of Valtteri Bottas. Kimi Raikkonen, Max Verstappen and Daniel Ricciardo were next up.

Felipe Massa was seventh quickest, while Sergio Perez, Esteban Ocon and Nico Hulkenberg completed the top 10. F1 returnee Fernando Alonso was 12th, and his car didn’t break down (for a change). 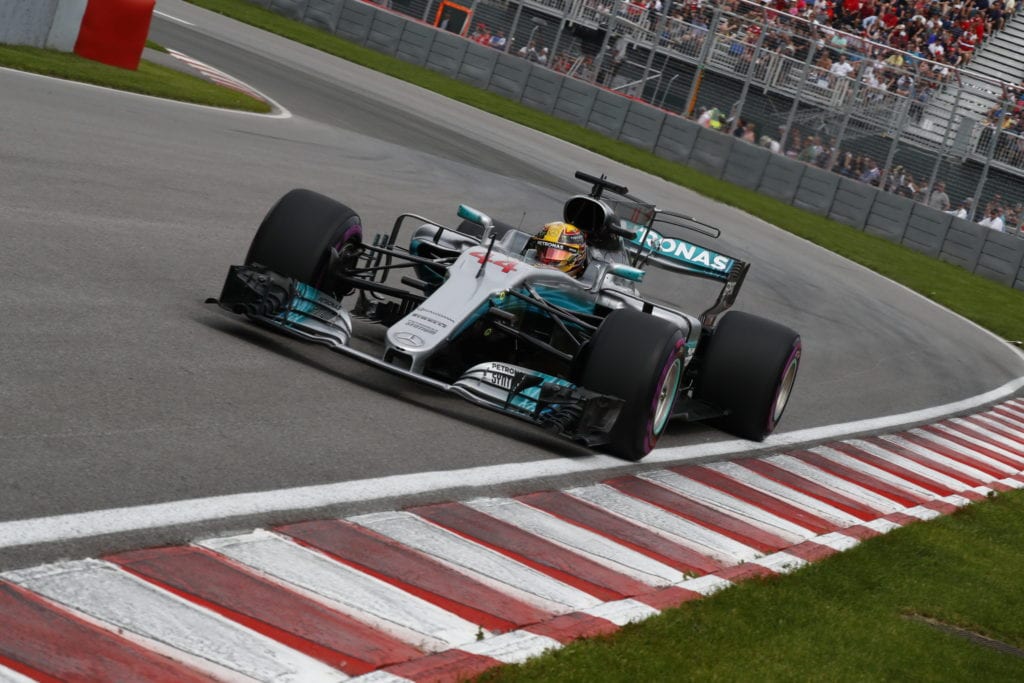