Lewis Hamilton secured the 97th pole position of his career in Portugal, after setting an incredible lap to beat teammate Valtteri Bottas. Qualifying was delayed by half an hour, after Sebastian Vettel’s car kicked up a drain cover at the end of FP3.

Bottas, who has topped every session of the weekend so far, failed to set the quickest time when it counted, after only having time for one quick lap at the end of the final qualifying session. His teammate Hamilton was able to set two consecutive quick laps which resulted in him getting pole position and Bottas finishing in second.

The trio of Hamilton, Bottas and Max Verstappen made up the top three once again.

He edges out Valtteri Bottas (P2) and Max Verstappen (P3) to claim the 97th pole of his career#PortugueseGP 🇵🇹 #F1 pic.twitter.com/W5LOXzZndy

Charles Leclerc will start the race 4th, which is a fantastic result compared to 15th for his teammate Vettel. Perez in his Racing Point will start 5th, Red Bull’s Albon 6th, with the McLaren’s of Sainz and Norris in 7th and 8th respectively. Gasly starts 9th, with Daniel Ricciardo not being able to set a lap in Q3.

*Ongoing update: Gasly and Perez have been summoned to the stewards. Perez is being accused of impending Gasly during qualifying.*

Ricciardo binned his Renault in the gravel just seconds before the end of Q2, but still managed to keep a time in the top ten. He drove back to the pits but, unfortunately, the damage caused meant that he couldn’t set a further lap during qualifying.

GEEOORGGGEEEEE Russell continued to demonstrate why he is so superb on a Saturday, managing to put his Williams into Q2 for the seventh time this season. This impressive performance put him +0.8s ahead of teammate Latifi and is the 33rd consecutive race that he has out-qualified a teammate in F1. Yet, his seat is in danger. Madness.

With F1 racing on this new circuit, knowing which tyres were best remained a big unknown for a great deal of the grid. It is thought that poor tyre choice resulted in Vettel’s qualifying pace though.

Both Hamilton and Bottas set their top qualifying laps on medium tyres, compared to that of the rest of the top ten who were all on softs.

Did you enjoy qualifying? Let us know in the comments below! 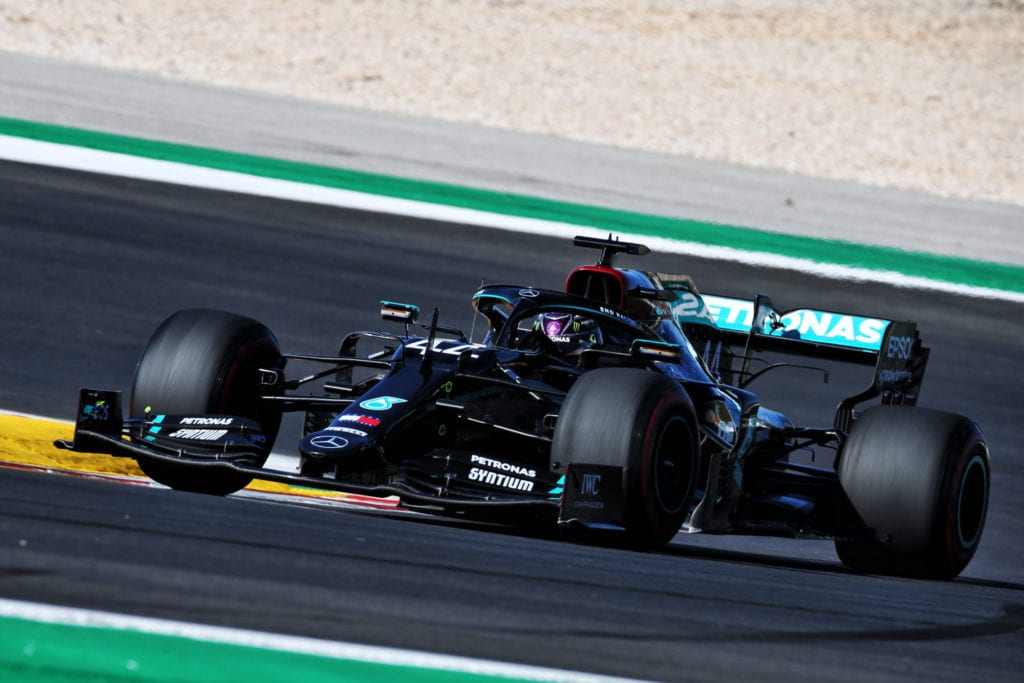