Hamilton On Pole As F1’s ‘New’ Team Locks Out The Second Row On Debut – WTF1
Skip to content
×
Formula 1 , News

Despite threats of rain throughout the qualifying session, teams seemed to be a bit caught out at the start of Q3 when the rain started to come down. Everybody went out on slicks and by the time they’d come back around, changed tyres and fuelled up the cars, several minutes had gone.

Both Force India drivers tried to set a lap on slicks, to no avail, leaving both Red Bull drivers on top of the pile after the team had the quickest turnaround time in the pits. Kimi Raikkonen then pipped the pair of them, at which point the track started to dry, just in time for Hamilton and Sebastian Vettel to start setting their laps.

Vettel took first blood, pipping his teammate with his first lap and then going further clear with his second. Hamilton, meanwhile, had an off at the Fagnes chicane, leaving him with just one lap to get the job done – which he did. With the track rapidly drying he launched onto pole by three seconds and although Vettel improved too, it wasn’t by enough. For the second race in a row, Hamilton and Mercedes capitalised on wet conditions to take pole at a track where Ferrari looked quicker.

As it turned out, the slick-tyre gamble for Force India didn’t harm the team’s qualifying chances at all. Esteban Ocon and Sergio Perez put in a couple of stonking laps to go P3 and P4 – an amazing achievement given the turmoil that team has gone through over the last month.

For some reason, Raikkonen and the two Red Bull drivers weren’t out on track when the circuit was at its best and slipped right down to sixth, seventh, and eights – Romain Grosjean also having a good session to end up fifth. Kevin Magnussen qualified ninth, whilst Valtteri Bottas didn’t set a time in Q3 due to all his grid penalties.

The other, drier parts of qualifying were a little more normal. The Toro Rossos looked good and just missed out on Q3 with the Sauber’s just behind, with Nico Hulkenberg deciding not to set a time for the same reasons as Bottas. During Q2 both Ferrari’s managed to beat the all-time track record Porsche set with its 919 Evo earlier this year, ensuring that F1 cars are once again the fastest things around Spa-Francorchamps.

Q1 saw the sadly increasingly familiar sight of both McLarens and both Williams’ missing out. They were joined by Carlos Sainz, who surprisingly failed to make it through to Q2.

Despite the slightly jumbled grid, the prospect of Hamilton and Vettel battling each other from the front row of the grid is enormously exciting. Who’ll come out on top? Can Force India nab an epic result? How quickly will Bottas come through the field?

Damn, are we glad the summer break is over! 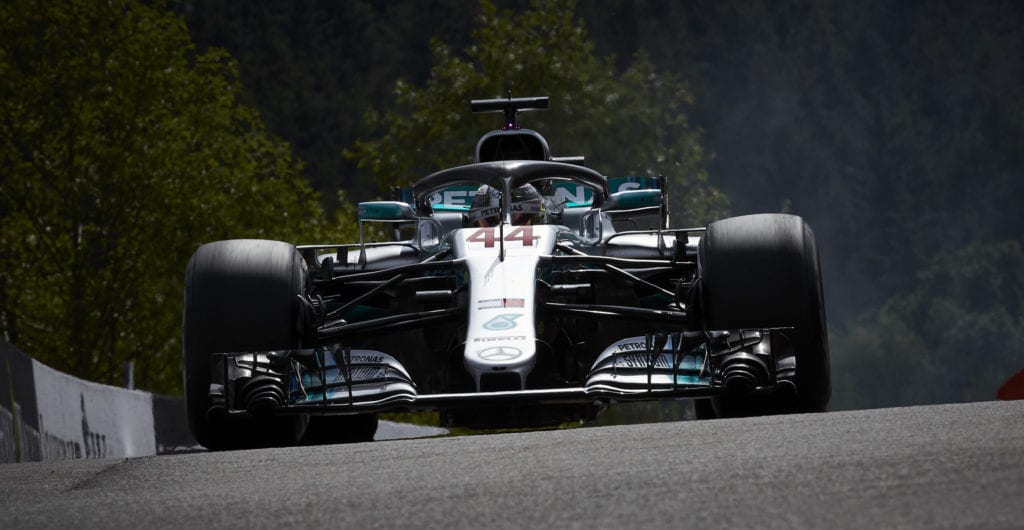