Hamilton On Pole As Ferrari Makes Yet Another Strategy Mishap – WTF1
Skip to content
×
Formula 1 , News

Hamilton On Pole As Ferrari Makes Yet Another Strategy Mishap

At the start of the year, Ferrari was nailing all of the key strategy decisions while Mercedes faltered. Now, the boot is firmly on the other foot as in Q3, Ferrari missed the best of the track conditions by sending both drivers out on intermediate tyres… on a mostly dry track.

Mercedes went straight for slicks and Lewis Hamilton and Valtteri Bottas duly went first and second with Max Verstappen third, but both Ferraris lost crucial time having to pit again. By now the rain was just about strong enough to make things tricky and although Kimi Raikkonen was able to go fourth quickest, by the time Vettel got to Spoon the track had become just wet enough to cause him to run wide. He finished the lap, but only ninth fastest and although he tried again, the track was now far too wet. Game over.

Of course, had the rain come a couple of minutes earlier then Ferrari would have nailed the strategy and looked like geniuses. But it didn’t, and now the team is seriously on the back foot. Given how far behind Vettel is in the championship, was it a risk worth taking? We’ll leave that decision up to you.

Outside of the front-runners Romain Grosjean took best-of-the-rest honours in fifth, but the stars of the session were probably Toro Rosso and Brendon Hartley. Both cars made it through to Q3 at Honda’s home circuit with Hartley outqualifying his teammate for a career-best sixth – important, given that his seat is at risk.

Another impressive performance came from Lance Stroll, who managed to get his Williams into Q2 at the expense of Nico Hulkenberg. He was one of a few drivers to have had a bad session – Marcus Ericsson ended up last after crashing in Q1, and Daniel Ricciardo went out in Q2, unable to even set a time, after yet more reliability issues from his Renault power unit. He walked off, literally screaming into his helmet. You can’t blame him.

And then there are the McLarens. Fernando Alonso and Stoffel Vandoorne ended up 18th and 19th, a little way off everybody expect the crashed Ericsson. This time last year – with Honda engines – they were 10th and 11th…

Hamilton has an excellent chance to convert his 80th pole into his 71st victory – we know from Sochi that Bottas is unlikely to be allowed to challenge him and although Verstappen could be a threat to the Mercedes’, Red Bull’s reliability will always be a question mark.

Despite some moisture today, the race day weather forecast is rather drier. That’s probably bad news for Vettel, who could do with some help moving through the field from ninth on a track where it’s pretty difficult to overtake. How high up can he get? 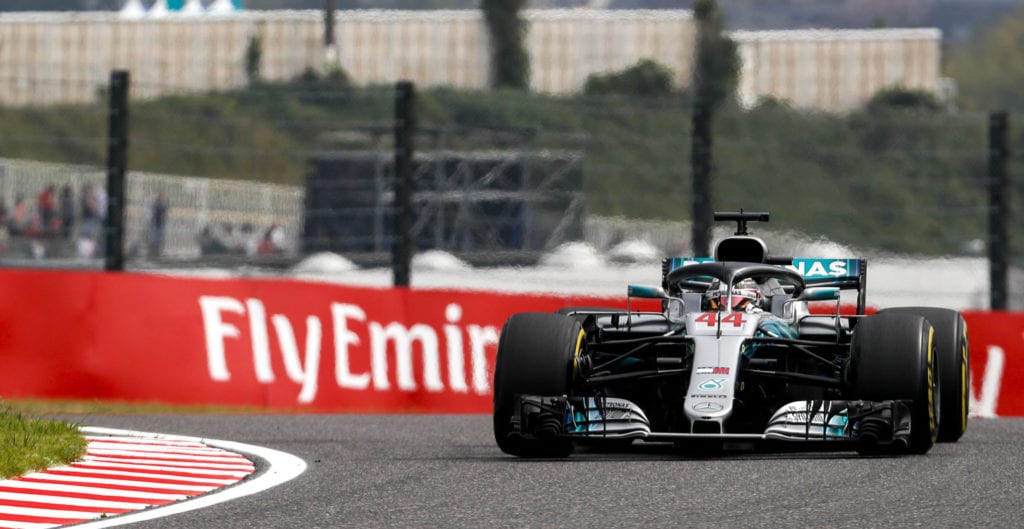